There is no tolerance for a different mind in this industry: Kangana Ranaut on Sushant Singh Rajput's death

In a statement released by Team Kangana, the actress expresses shock over Sushant Singh Rajput's death. 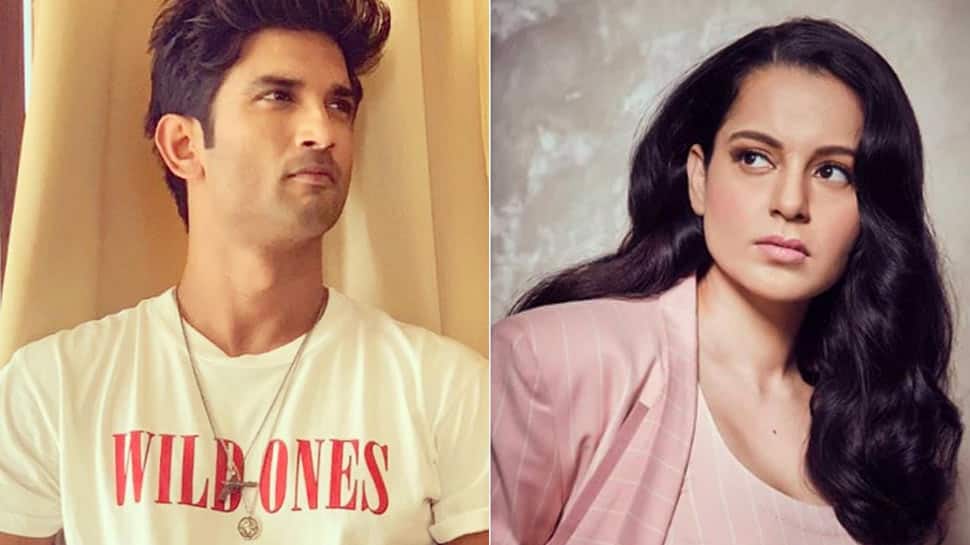 New Delhi: After kicking off a storm with her recent TV interview in connection with Sushant Singh Rajput's untimely demise, actress Kangana Ranaut talks about the whole incident and the ongoing nepotism debate.

In a statement released by Team Kangana, the actress expresses shock over Sushant's death, saying, "I have to admit that I was not following Sushant and his career. I don't follow anybody. But my first reaction was a shock, sheer disbelief. To me, he was at that point just another star, very promising and very talented. I would admit that at first, it looked like an impulsive thing that he might have done."

Talking about the choices that outsiders have and what they should be doing Kangana says, "Today we have not lost just Sushant. If he did not had that kind of longing to be accepted, and he would have kept doing what he did, maybe he would have made films like Interstellar. There is no tolerance for a different mind in this industry. For how long will we watch saas-bahu dramas and movies like Ae dil hai mushkil and Befikre? These films are all still talking love stories about 50-year-old men are falling in love. What I am trying to say is when you are an outsider, and you are making your way, if they accept you, you please go ahead, be a part of their circle, why should you refuse to work with them? If you are able to fit in, and if you are able to be a part of the system, you should fit in."

Kangana feels that there's only one way out for the outsiders in the industry, being their own selves, "They accept you if they aren’t threatened by you. And if you see yourself like that, you are not being bullied and everybody is super nice to you, then you have the right to express yourself. But if you see the whole system has identified something in you which is threatening them, and are after you to make sure that you don’t rise, then you have only one way out - that you try and be on your own. You cannot believe in the world being ideal. On your merit you can get a rank in India, on your merit you can go to Stanford, buy land on the moon, be a great actor, but on your merit, you cannot get their love, their acceptance,"

She continues further, "When capitalism is mixed with nepotism it becomes a toxic combination of this proportion where people are just killed. The films Sushant could have made if tomorrow he had a production house, who will make those films now? From where will we get such a genius boy who had both scientific bent and artistic sensibility. Impossible combination. How will we get this boy now? Is it possible for these mafia people? They can't even be his toenail. He was not asking you for any favour. We need variety in the film industry. We need more tolerance for different thinking people. People from different backgrounds. We need that in our film industry."