Yami Gautam: Feels weird when an actress needs to prove she has strong role

From the time the trailers of "Bala" and "Ujda Chaman" dropped on the public domain, the release dates of both the films have been going back and forth. Now that "Bala" finally releases on November 7, one of the leading actresses of the film -- Yami Gautam -- says she was never worried about all the noise around the possible clash of the two films. 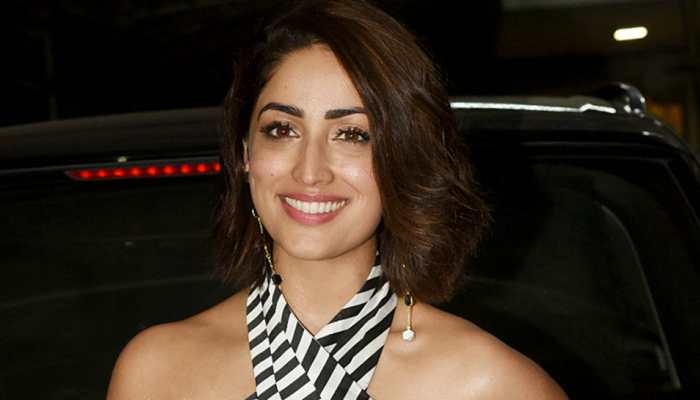 Mumbai: From the time the trailers of "Bala" and "Ujda Chaman" dropped on the public domain, the release dates of both the films have been going back and forth. Now that "Bala" finally releases on November 7, one of the leading actresses of the film -- Yami Gautam -- says she was never worried about all the noise around the possible clash of the two films.

Both films are about a young protagonist suffering from premature balding, and the similarity in them has grabbed eyeballs.

"I was not worried about the release date at all because our producer is the best judge of that. It is hard to get a single window for release, especially in the end of the year when so many films release. When we make a film, we not only invest in hard work but also a lot of money. So, it is the producer's call. As an actor of the film, I had no tension regarding that," said Yami.

This is her second release in 2019 after the blockbuster "Uri: The Surgical Strike", in which she played a pivotal role.

Hailing from Chandigarh, Yami started her career in Bollywood from scratch. She says that as an outsider, she always has to put a little more hard work to prove her worth, and she does that happily.

"I feel weird when an actress has to prove that she plays a strong role in the film. It never happens with the actor. No actor says, 'in the film I am playing a strong character'. I think it comes from perception. So actresses like me really have to work hard to keep proving ourselves, which can be tiring but I think that is also okay. It is my job," she said.

"Bala" not only address the problem of premature balding that many young men face, but also highlights the problem of racism that dark-skinned girls often face in our society.

Yami said that no sensible individual would categorise any talent based on colour of their skin.

"I do not think that any form of racism exists in our film industry, and it is weird for me to just remind people of dusky actresses who have become great filmstars. We have so many examples before us -- Priyanka Chopra, Rani Mukerji, Kajol and Smita Patil were all stars," said the actress.

Asked about her interest to explore the digital entertainment space, Yami said: "If something outstanding comes my way, which is yet to happen, I would love it do it. I am looking for something very compelling me to do, something that people haven't seen me doing."