Zozibini Tunzi inherited the crown from last year`s winner, Catriona Gray, who took the stage towards the end of the night to announce her successor. 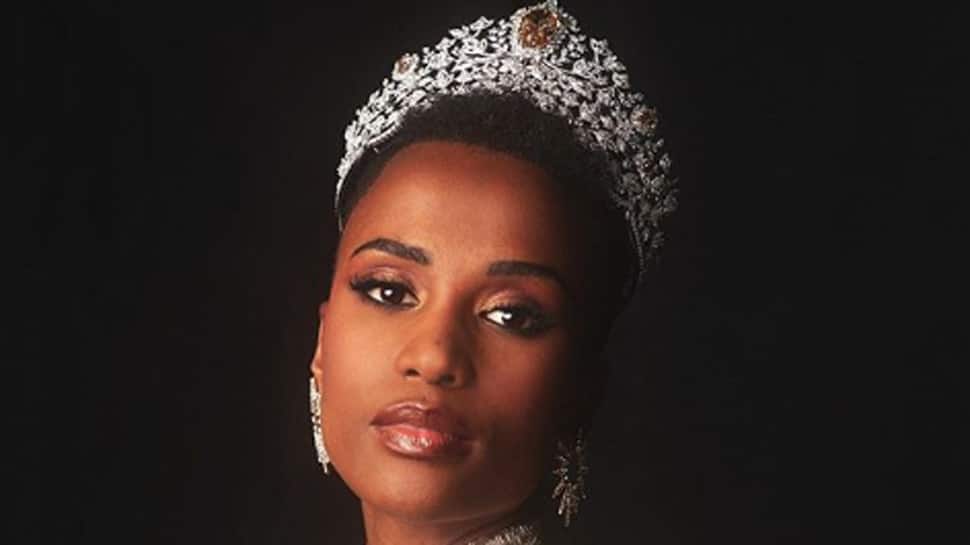 Washington: Miss South Africa Zozibini Tunzi has won the title of Miss Universe 2019 at the finale held at Tyler Perry Studios in Atlanta, Georgia on Sunday (local time). India's Vartika Singh also contested in the pageant but couldn't make it to the top ten.

The 2019 Miss Universe Pageant had 90 contestants who competed in swimsuit, evening gown and on-stage question rounds. Mexico, Colombia, Puerto Rico, Thailand, and South Africa were among the top five contenders, but the South African beauty beat the others and bagged the crown. Zozibini and Miss Universe Puerto Rico Madison Anderson were the top two contestants.

The 26-year-old pageant winner is from Tsolo, South Africa. She is the second winner of the pageant from South Africa after Demi-Leigh Nel-Peters in 2017. American businessman and entertainer, Steve Harvey hosted the event along with fashion influencer Olivia Culpo and TV personality Vanessa Lachey serving as backstage correspondents throughout the night.

Zozibini Tunzi inherited the crown from last year`s winner, Catriona Gray, who took the stage towards the end of the night to announce her successor. The event also featured a musical performance by one of `Fifth Harmony` members, Ally Brooke. American singers Camila Cabello and Normani Kordei both performed their hit songs on the stage.