After launching the ambitious e-nivaran facility for online redressal of taxpayers' grievances, the Income Tax Department has now opened these windows at its 60 special offices across the country. 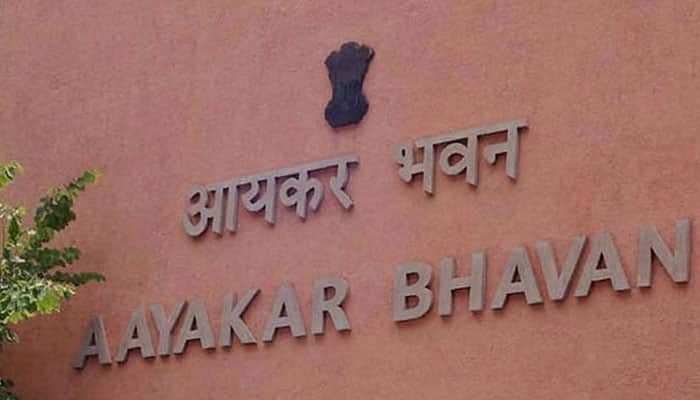 New Delhi: After launching the ambitious e-nivaran facility for online redressal of taxpayers' grievances, the Income Tax Department has now opened these windows at its 60 special offices across the country.

The facility will soon be launched at 100 more such special tax offices, called Aaykar Sampark Kendras (ASKs), as there has been a slight delay in its operalisation at a few centres due to certain infrastructure issues, a senior I-T official said.

"A taxpayer can register his or her I-T related grievance on the e-nivaran link of the department's e-filing portal or can himself go to an ASK and register such a complaint. They will have to fill a simple one-page form and they will subsequently be provided with a unique number to follow the progress of the case," the official said.

The e-nivaran (electronic solution) system was launched by the Central Board of Direct Taxes (CBDT), the policy making body of the Income Tax department, last year.

Taxpayers can register all complaints related to delay in refunds, filing of e-returns, tax deducted at source (TDS), PAN issues, those pertaining to their assessing officer (AO) or any other issue at this facility.

When e-nivaran was envisaged last year, the official said, it was planned that apart from the online mode the facility will be available to people at the ASKs considering the fact that a number of them do not use the internet medium to conduct their business with the I-T department.

"The roll out started sometime back and till now about 60 ASKs have started the facility. 104 more such ASKs will soon have the facility," the official said.

The department is also planning to roll out a faster method to obtain a Permanent Account Number, powered by the Aadhaar database, even as a mobile application is being prepared for filing of I-T returns and other services, the official said.

The complaints received at the ASKs, the official said,

will be fed into the system by the operators and the progress on the issue will be monitored online by the department.

The CBDT had early last year launched the unique e-nivaran module which aims to "fast-track taxpayers' grievance redressal, ensure early resolution by integrating all the online and physical grievances received by the department and keeping track of it until it reaches its logical conclusion".

It started work on this front after Prime Minister Narendra Modi had flagged the issue of un-resolved taxpayer grievances during his review of the department and had asked the authorities to ensure that steps were urgently taken in this regard so that honest tax paying people did not suffer.

The department took the initiative and recently was awarded a central government award for disposing a record 96 per cent grievances or over 20,000 complaints last year.

The Income Tax Department is one of the 20 government organisations' against whom maximum grievances are received on the Centre's online public grievances resolution portal, called the Centralised Public Grievance Redress and Monitoring System (CPGRAMS).

As part of these measures, CBDT has also made some changes in the I-T Department's establishment last year and nominated officials to specifically look into the issues of grievances even as the post of Member (Revenue) in the Board has been re-designated as Member (Revenue and Taxpayer Services) followed by changes in the name and designation of field officers.