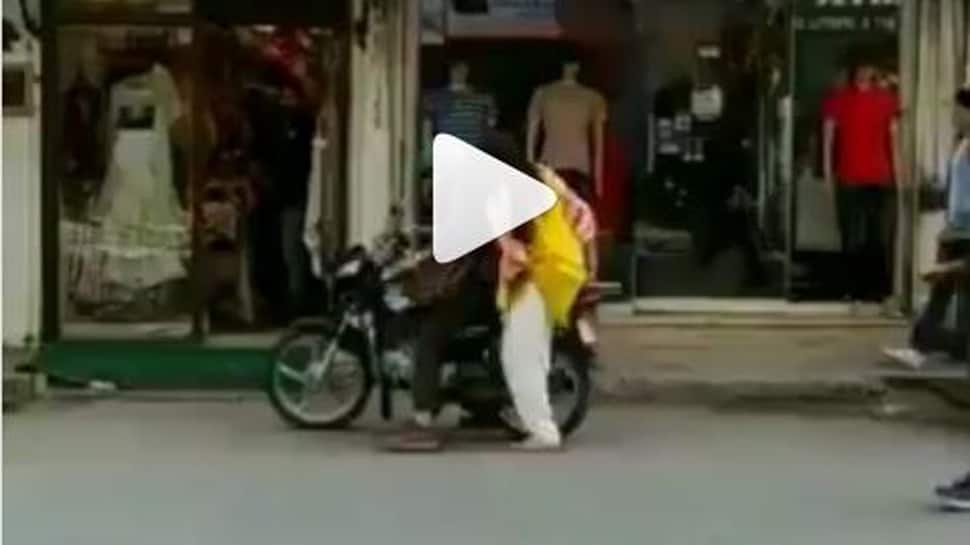 New Delhi: After a viral picture of Deepika Padukone as Malti, a video of the actress and Vikrant Massey from the sets of Chhapaak has surfaced on social media.

In the video, Deepika and Vikrant can be seen shooting outside a shop. Vikrant, who plays a pivotal role in the film has grown a heavy beard and has put on weight while Deepika was seen as Malti. Watch the video:

In the film, Deepika plays the role of acid attack survivor Laxmi Agarwal and Vikrant essays the role of her boyfriend Alok Dixit, who also founded the Stop Acid Attacks campaign. Sharing his experience of working with Deepika, Vikrant had told Mumbai Mirror "Working with an actress of her calibre is not just an opportunity but also a huge responsibility. I’m both nervous and excited."

Deepika's transformation in the film was praised by her fans and celebs from the tinsel town. Her first look left everyone wanting for more.

The acid attack survivor Laxmi Agarwal was attacked in 2005 at age of 15. The 32-year-old assailant was known to the family and after Laxmi rejected his advances, he attacked her.

Talking about Deepika's role in the film, Meghna had told Mumbai Mirror, “It was that organic because it’s such a moving story. And the decision to co-produce the film with her also happened organically because I wanted to remain close to it through the entire process."

She also revealed that the only actress who came to her mind to play the role was Deepika. The film, which stars Vikrant Massey opposite Deepika, will hit the screens on January 10, 2020.