No cuts for Elton John's biopic 'Rocketman' in India

Legendary singer Elton John's biopic "Rocketman", scenes from which were cut out for a preview in Russia, has released in India without any excisions. 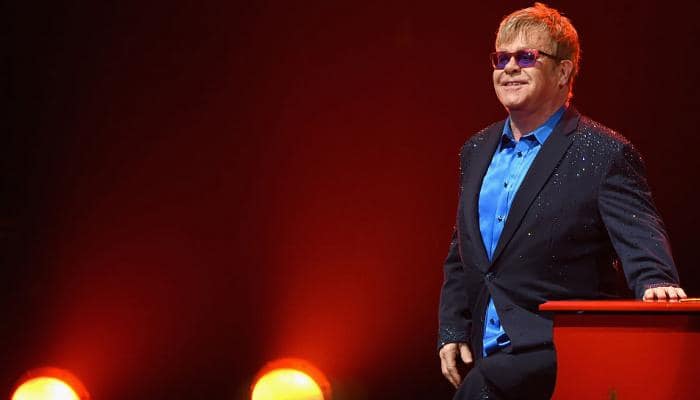 New Delhi: Legendary singer Elton John's biopic "Rocketman", scenes from which were cut out for a preview in Russia, has released in India without any excisions.

The film, which is exclusively distributed in India by Viacom18 Studios, received the censor certificate without any cuts. It was certified on May 29 and got an 'A' certificate for release on May 31.

"This movie is about when I started to become famous," John said in a statement.

"It was an extraordinary and surreal time, and that's how I wanted the film to be," the singer added.

Described as an "epic musical fantasy about the incredible human story of John's breakthrough years", the film follows the journey of his transformation from a shy piano prodigy Reginald Dwight into an international superstar.

According to Fletcher, the idea "was to create something that would genuinely explode off the screen, a riotous joy-ride of imagination, celebration and drama".

The film had a smooth sailing in India.

But Russian movie distributors have censored "Rocketman" and excluded several scenes showing gay sex and affection from the film -- a move which has been denounced by the singer as well as the makers of the movie.

The singer and the makers of "Rocketman" issued a joint statement, saying: "We reject in the strongest possible terms the decision to pander to local laws and censor 'Rocketman' for the Russian market, a move we were unaware of until today.

"That the local distributor has edited out certain scenes, denying the audience the opportunity to see the film as it was intended is a sad reflection of the divided world we still live in and how it can still be so cruelly unaccepting of the love between two people.

"We believe in building bridges and open dialogue, and will continue to push for the breaking down of barriers until all people are heard equally across the world."

As per a report in people.com, a spokesperson for Central Partnership, the film's Russian distributor confirmed to news agency TASS that the film had "been modified to make it comply with Russian law".