Presently, Haaziq has been working with different people, organisations and forums to create public awareness for highlighting the hazards of ocean plastic pollution and measures to prevent it. 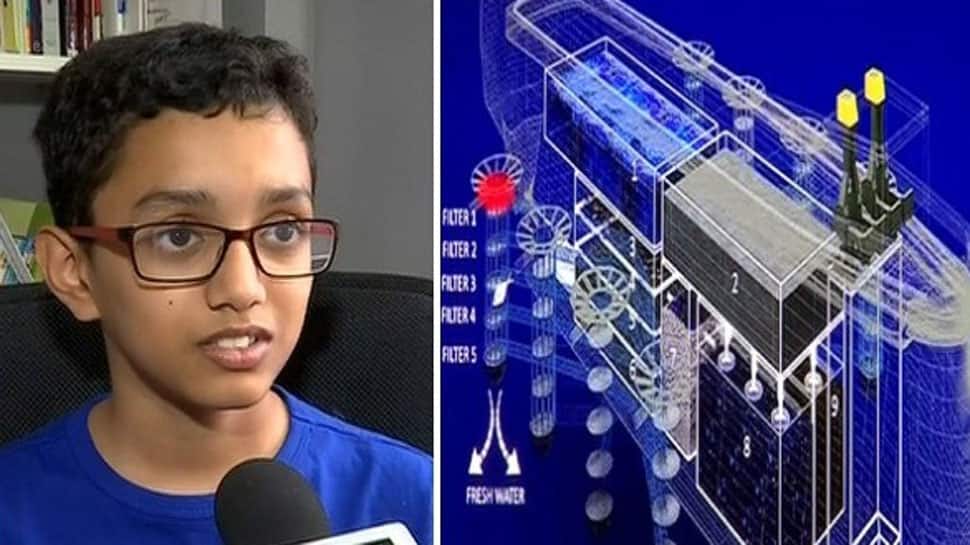 Pune: A 12-year-old Pune-based boy Haaziq Kazi designed a ship called 'ERVIS' that will help reduce pollution in the ocean and save marine life.

Talking to ANI, Haaziq Kazi said: "I watched some documentaries and realised the impact waste has on marine life. I felt I had to do something. The fish we eat in food are eating plastic in the ocean so the cycle of pollution comes to us and that is even affecting human lives. Hence, I came up with ERVIS."

Explaining about the functions and features of ERVIS, Haaziq said: "The saucers use centripetal force to suck in the waste, which is then segregated between water, marine life and waste. Marine life and water are sent back to the ocean, while the waste is segregated into five more parts."

Haaziq who has also presented his idea on an international platform through various platforms like TedEx and Ted8 has been appreciated by many international scholars and organisation.

Haaziq said the idea to design a ship came to his mind when he was nine-year-old. He thought of doing something for marine life. After he watched several documentaries, he came across few facts about damage caused to due to plastic and pollution.

Presently, Haaziq has been working with different people, organisations and forums to create public awareness for highlighting the hazards of ocean plastic pollution and measures to prevent it.