Police officials claim that only 'mild force' was used. 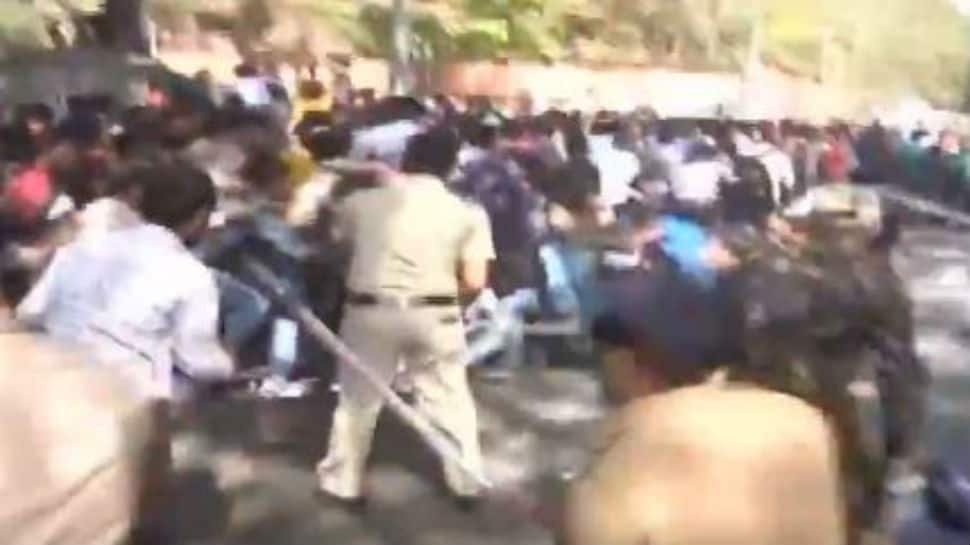 Pune: Several hearing-impaired youth protesting in Pune against the issuance of disability certificates to ineligible persons were on Monday subjected to a baton charge, organisers alleged, though police claimed it was "mild force" to restrain them.

Over 11,000 hearing-impaired youth had assembled in front of the Social Welfare Commissionerate here in the afternoon when the incident happened, Pradip More, secretary, State Level Association of the Deaf (SLAD), said through an interpreter.

Opposition Congress and the NCP slammed the police action.

"When we tried to take out a rally, the police ordered a lathi-charge in which several of our protesters were injured. They also detained some of the youth," More alleged.

#WATCH: Pune Police lathicharge protestors who were demanding among other things employment and setting up of govt school/colleges for specially abled people. #Maharashtra pic.twitter.com/a1QbfqpImp

Pune police files an FIR against 2000-2500 specially abled protesters under various sections of IPC including riots. Police claims about 7-8 policemen have also been injured in this protest. Maharashtra CM has asked for a detailed report on the lathicharge on protesters by police https://t.co/FTfSH3BTkp

An official from the Bund Garden police station, however, claimed the assembled youth tried to take out a rally and block the road despite having permission only for a sit-in protest.

"We had to use mild force on them to bring the situation under control," the official said.

More claimed over 18 lakh hearing-impaired youth in the state had decided not to vote in the forthcoming Lok Sabha elections unless they get an assurance from authorities that their demands would be met.

"Differently-abled youth indulging in a peaceful protest have been lathi-charged by the police. The CM has no moral right to continue. He should resign immediately," the NCP leader said.

Leader of Opposition in the Maharashtra Legislative Assembly Radhakrishna Vikhe Patil of the Congress slammed the police action and said the BJP-led government should apologise to the protesters and accept all their demands.

In a statement in Mumbai, Vikhe Patil said the government policy was to suppress protests against it.

"People will ensure such a government is sent home after elections. The government should apologise to the protesters and accept all their demands," the Congress MLA added.