Charanjit Singh Channi, who was chosen by the Congress central leadership after hectic deliberations to succeed Capt Amarinder Singh, was on Monday sworn in as 16th chief minister of Punjab. 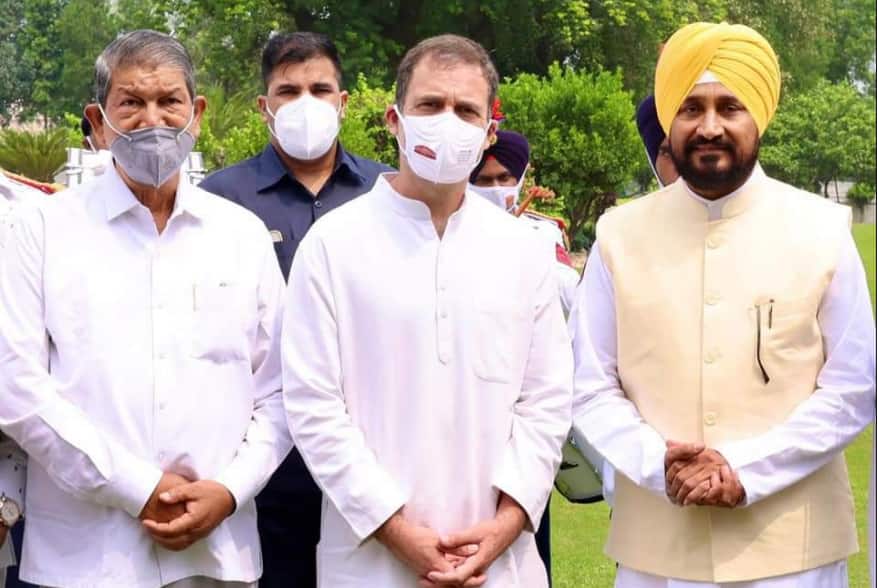 CHANDIGARH: Charanjit Singh Channi, newly appointed Punjab Chief Minister, on Monday said that his government will work for the welfare of the people of his state.

The party is supreme, not the CM or the cabinet. The government will work as per the party's ideology: Punjab CM Charanjit Singh Channi pic.twitter.com/3cfoSlcjfu

Channi – the first Dalit Chief Minister of Punjab, also reached out to the farmers, who had been agitating against the Centre for nearly a year against the three central farm laws. He announced that his government will waive the water and electricity bills of the farmers of his state.

"We will pay off the bills for farmers...all pending bills will be paid off," the Punjab CM told reporters during the first press conference after swearing-in.

"I have been a Rickshaw puller myself... I won't let anyone hurt the farming sector... I will appeal Centre to repeal black laws. I fully support the farmers' struggle," CM Charanjit Singh Channi said while extending full support to the agitating farmers.

The newly appointed Chief Minister also heaped praise on his predecessor Capt Amarinder Singh, saying he had done a great job. “Captain Amarinder Singh did a lot of good work for the people of Punjab. We will take forward his work,” Punjab CM Charanjit Singh Channi.

Captain Amarinder Singh did a lot of good work for the people of Punjab. We will take forward his work: Punjab CM Charanjit Singh Channi pic.twitter.com/SmMdeO1YRk

Charanjit Singh Channi, who was chosen by the Congress central leadership for the top job after hectic deliberations to succeed Capt Amarinder Singh, was on Monday sworn in as 16th chief minister of Punjab.

With his elevation, Channi created a history of sorts – he became the first Dalit Chief Minister in the history of Punjab. Punjab Governor Banwarilal Purohit administered oath to Channi at a plain ceremony held at the Raj Bhawan here. Channi took oath in Punjabi. Along with him, Sukhjinder Singh Randhawa and OP Soni were also sworn in as deputy chief ministers.

The oath-taking ceremony was attended by many top Congress leaders, including Congress leader and former party president Rahul Gandhi and Punjab Congress chief Navjot Singh Sidhu. Amarinder Singh, who resigned as a chief minister two days back, was conspicuous by his absence.

Channi has been appointed the CM of Punjab two days after Captain Amarinder Singh stepped down from the post following an internal row in the Congress party. Sigh submitted his resignation from the post of Punjab CM just months before the next Punjab assembly elections.

Channi became chief minister with less than six months to go before the assembly polls in Punjab. Channi’s appointment is expected to help the party to play the Dalit card in the coming elections. An estimated 30 per cent of the state's population, counting both Sikhs and Hindus, is from that community.