As the death toll in the hooch tragedy rose to 86, the Punjab Police on Saturday arrested 17 more persons in a massive crackdown spanning more than 100 raids in the three affected districts of Amritsar Rural, Gurdaspur and Tarn Taran, along with several other places in and around Rajpura and Shambhu border. 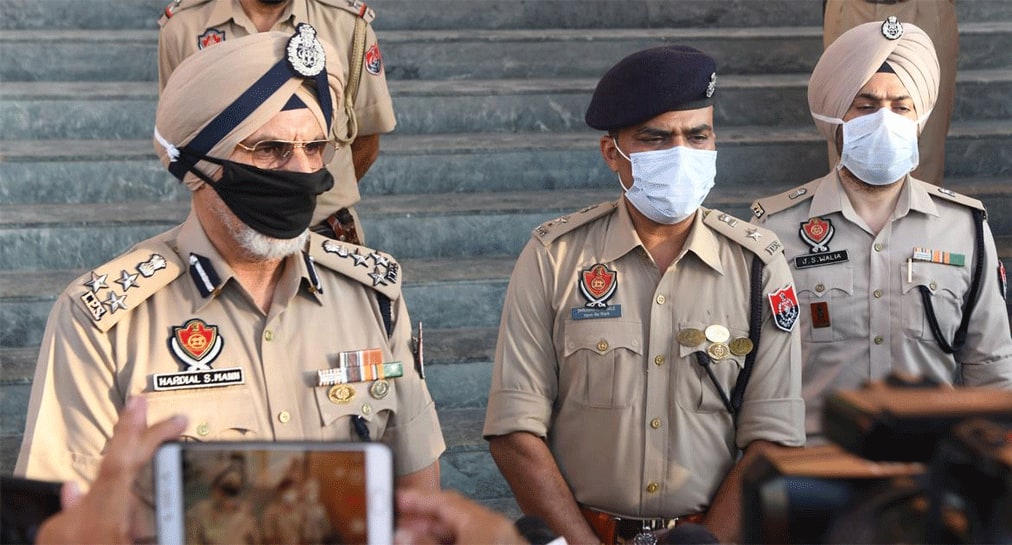 Chandigarh: As the death toll in the hooch tragedy rose to 86, the Punjab Police on Saturday arrested 17 more persons in a massive crackdown spanning more than 100 raids in the three affected districts of Amritsar Rural, Gurdaspur and Tarn Taran, along with several other places in and around Rajpura and Shambhu border.

The total number of arrests in the case has gone up to 25. Punjab CM Captain Amarinder Singh has ordered the suspension of seven excise officials and six policemen in connection with the hooch tragedy and initiated an inquiry against them.

The action has been taken against 7 Excise & Taxation officers & Inspectors, along with 2 DSPs and SHOs in connection with the hooch tragedy, which has so far claimed 86 lives.

The Chief Minister has also announced ex-gratia compensation of Rs 2 lakh to each of the families of the deceased, most of whom are from Tarn Taran, which accounts for 63 deaths, followed by Amritsar Rural at 12 and Gurdaspur (Batala) at 11: State government

A mafia mastermind, a woman kingpin, a transport owner, a wanted criminal and owners/managers of various dhabas from where the illicit liquor was being supplied are among the arrested accused, according to Punjab Police DGP Dinkar Gupta.

The raiding parties have also seized large quantities of Lahan from various villages and dhabas in the region around Shambhu border, Rajpura and Patiala, he said, adding that the raids had exposed a massive racket in illicit liquor, extending across several districts.

The dhabas, identified as Zilmil Dhaba, Green Dhaba, Chhinda Dhaba on  Shambhu, and Banur and Rajpura in Patiala, have been sealed.

As much as 750 litres of Lahan had been seized from village Baghaura from where two persons, Satnam and Rashem, had been arrested while another, identified as Lakhwinder, had been identified as a culprit.

Prem Singh, the owner of Azad Transport, and Bhinda (wanted by Tarn Taran Police) were arrested by Rajpura police in raids conducted today.

According to the DGP, raids were conducted at the house of Rupinder Singh alias Bittu, son of Gurmail Singh resident of Thuha but he had not been there for the past many days.

In the raid at Jhilmil dhaba, whose manager Narinder Singh have been arrested, 200 liters of Lahan was seized. The dhaba owner Harjit Singh has been named in the FIR.

At Green Dhaba, Rajpura Chandigarh Road PS Zirakpur, approximately 200 liters of Diesel like liquid was recovered in 4/5 small containers, which truck drivers were selling to the dhaba owner. The dhaba has also been sealed and its owner Gurjant Singh has been arrested.

One Narinder Singh, the owner of Multani Dhaba, has also been arrested in the case, said the DGP.

Another 150 litres of Lahan was recovered from one Parminder Singh and 200 liters from Baljit Singh. Both these men have also been arrested.

One of the key arrested accused who was bringing spurious liquor from Tarn Taran to Amritsar Rural area has been identified as Govinderbir Singh alias Gobinda, son of Gurmit Singh, who is a resident of Jandiala City, PS Jandiala.

He was the main mastermind of the mafia in the Amritsar Rural District.

Describing the modus operandi of the accused, the DGP said the trucks carrying spirit would be stopped at 6-7 identified Dhaba and the Dhaba owners collected the hooch from truck drivers and sold it to one Bhinda, resident of Pipla Road, Rajpura, who was also accused in Rajpura factory case and Bittu of a village near Banur.

The spirit was being supplied by these people to Amritsar and surrounding areas.

Raids were continuing, with SSP Patiala camping at Rajpura for personally supervising the raids and rounding up the culprits, the DGP said, adding that efforts were on to smash the complete supply chain of the spurious alcohol.