Will BJP benefit from infighting within Congress in Punjab?

All efforts for rapprochement between the two powerful leaders have failed and it is becoming evident that the two can’t work together. Congress is aware that the ongoing ego-war between the two leaders will hurt its poll prospects in the upcoming assembly polls and benefit its rivals, especially BJP and the AAP. 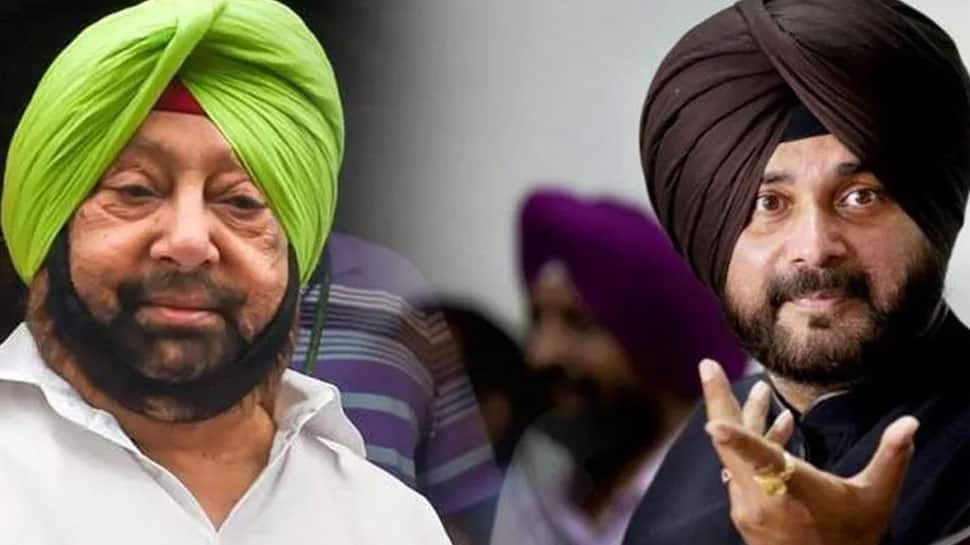 NEW DELHI: Contrary to the Congress high command’s expectations, the infighting and factionalism within its Punjab unit over recent elevation of Navjot Singh Sidhu has further widened the rift and divided the party into two powerful factions – one led by cricketer-politician Sidhu and the other by Chief Minister Capt. Amarinder Singh.

After hectic parleys and efforts to put things in order, the Congress leadership had recently appointed Sidhu – who is all loggerheads with the chief minister – as the head of its Punjab unit, replacing Sunil Jakhar, a prominent Hindu face who was at the helm for over four years.

However, in doing so, the Congress top brass brazenly overlooked the objections and the concerns expressed by the Chief Minister – considered a veteran in Punjab politics for several years.

It may be noted that Sidhu’s open criticism of the Punjab government over the power crisis and the sacrilege issue has deeply hurt the Chief Minister who has demanded an unconditional apology from the former cricketer before any reconciliation between the two leaders in the future.

The Punjab Congress faction supporting Captain Amarinder Singh is sulking over the fact that the Congress leadership paid no heed to the Chief Minister’s genuine objections and did not consult him before appointing the four working presidents.

While one section of the Punjab Congress feels that the chief minister should shed his ego and welcome Sidhu with open arms, the camp led by Amarinder is hurt with Congress leadership giving more importance to the cricketer-politician in managing the affairs of the party and bringing him at par with his bete noire.

The Congress MLAs backing Captain Amarinder Singh have said that there will be no reconciliation unless Sidhu aplogises to the former for his derogatory tweets and criticism of the state government.

In the first show of strength, Navjot Singh Sidhu visited the revered Golden Temple along with 62 Congress MLAs, while Chief Minister Amarinder Singh and his close confidants were conspicuously absent from Sidhu's maiden visit to his constituency and religious places in the city after assuming the charge as the state chief.

As the situation stands, all is not well within the Punjab Congress and the cold war between Navjot Singh Sidhu and Capt Amarinder Singh has further deepened the Congress’ woes in the state ahead of the upcoming assembly elections.

All efforts for rapprochement between the two powerful leaders have failed and it is becoming evident that the two can’t work together. Congress is aware that the ongoing ego-war between the two leaders will hurt its poll prospects in the upcoming assembly polls and benefit its rivals, especially BJP and the AAP.

Both opposition parties – BJP and AAP – have stepped up their campaign with an aim to dislodge Congress from power in Punjab in the upcoming polls. In 2017, the Congress led by Capt Singh managed to win 77 seats in the 117-member legislature, with a vote share of 38.64 per cent.

The SAD-BJP alliance managed to secure just 18 seats. On the other hand, Arvind Kejriwal-led AAP won 20 seats, mostly in the urban belt. After this thumping victory, Captain Amarinder Singh again proved his worth during the 2019 Lok Sabha elections, winning eight of the 13 seats, with a vote share of 40.12 per cent. During the 2019 polls, the BJP and SAD managed to secure only two seats each, while the AAP got just one seat.

It may be noted that seven states will go to polls in 2022 and Punjab is the only state where Congress is in power. The party is worried about its shrinking voter base, since it is in power in only three states in India, retaining Punjab is critical for Congress to stay relevant in national politics.

After his elevation, Sidhu also faces an uphill task of reviving Congress in Punjab as a lot is at stake for the party. It would be interesting to see if Sidhu will be able to steer his party to power again with Amarinder Singh remaining the Chief Minister`s face for the upcoming election, due to be held in early 2022.

On the other hand, the BJP, which will contest the Punjab assembly elections on its own for the first time in 25 years, has nothing to lose after parting ways with Shiromani Akali Dal in September last year over the three new farm laws passed by the central government. Before the farm laws brought to end their two-decade-old ties — the BJP & SAD had been allies since the 1997 Punjab assembly elections.

Despite a credible face in Punjab to match the likes of Amarinder Singh of the Congress and SAD’s Parkash Singh Badal, the BJP has begun its assembly poll campaign with an eye on support from the Dalits and by inducting influential Sikh figures ahead of the 2022 assembly polls.

In Punjab, BJP is facing the wrath of farmers, a majority of them Sikhs, over the three contentious farm laws. The party, despite not having a credible Sikh face, has announced that it will be contesting on all 117 seats in the state.

The saffron brigade is keeping a close watch on defections in other parties in the coming days and will not hesitate in accommodating disgruntled leaders of other parties too as part of its Punjab game plan. The BJP is also desperately in search of prominent Sikh faces through which it wants to give a message that the Sikh community is not entirely upset with the Narendra Modi government’s policies and vision.

During the previous elections, SAD kept its focus on winning maximum Sikh votes, while BJP kept expanding its base among the Dalits. However, with SAD parting ways over farm laws, the BJP faces a tough task of assuaging the anger among Sikhs, particularly farmers, in Punjab.

Though assembly elections in Punjab are still a few months away, it would be too early to speculate about possible alliances and how BJP will approach the upcoming electoral battle. Nonetheless, the Modi-Amit Shah-powered saffron party will certainly try to take political advantage of the Congress’ infighting and anti-incumbency factor against the Amarinder Singh government.