Slamming Mamata for her comments that 'Congress is responsible behind BJP's massive rise', Rahul quipped that only his party is fighting tooth and nail against BJP in the country. 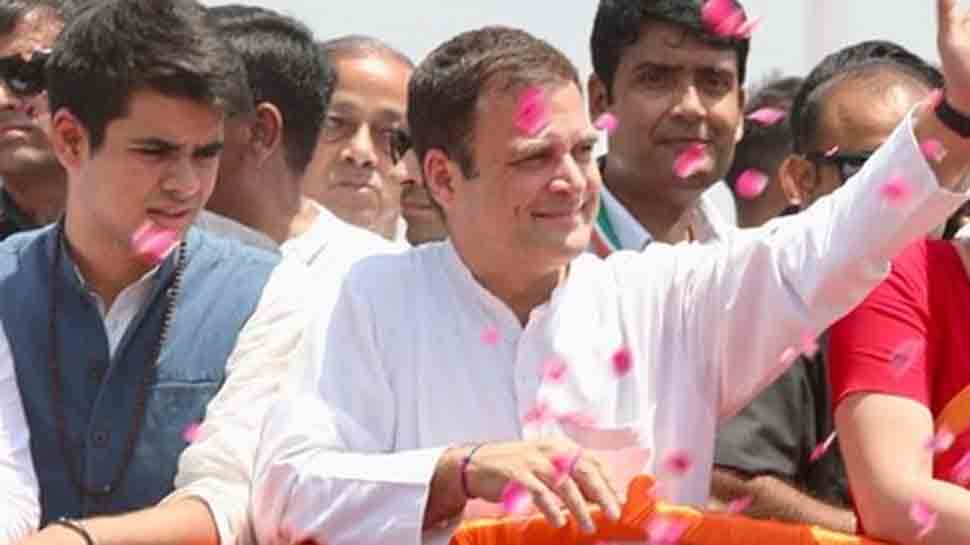 New Delhi: A day after West Bengal Chief Minister and Trinamool Congress supremo Mamata Banerjee claimed that Congress should not think of forming a government on its own as it has been limited to only 2-3 states, Rahul Gandhi rubbished her claims and hit her out for forging an alliance with BJP in the past.

Slamming Mamata for her comments that 'Congress is responsible behind BJP's massive rise', Rahul quipped that only his party is fighting tooth and nail against BJP in the country.

"Mamata ji is saying Congress does not fight BJP. Then who is fighting the Rafale battle? Who made Chowkidaar a chor? Have we ever gone into a 'gathbandhan' or a coalition with the BJP? Never in the last 70 years, had we tried forging an alliance with them. In fact we will also initiate an enquiry into the Rafale deal and ensure those who are guilty are brought to book after we come to power," Rahul said, while addressing a public meeting at Raigunj in North Dinajpur district of West Bengal.

"Today the Supreme Court said that some scam has taken place in the Rafale deal. The chowkidar is a thief. The chowkidar’s appearance has changed. The chowkidar is scared and he can't speak properly at rallies. This is because he is afraid that because of Congress there might be an investigation into the Rafale scam and he might go to jail," Rahul said, in an apparent attack on Prime Minister Narendra Modi.

"The Congress is going to defeat Narendra Modi in the 2019 elections. After that, there will be an inquiry into the theft of air force funds in the Rafale deal. And I guarantee that those who stole funds will face punishment. No one can escape this," he said.

Referring to Congress' NYAY scheme, Gandhi said the funds for giving Rs 72,000 per year to the poor would come from the pockets of businessmen Anil Ambani, Nirav Modi, Mehul Choksi and Vijay Mallya who have looted the public money.

"Modi wants to create two parts of India - one for his friends like Nirav Modi, Mehul Choksi and another for the poor farmers and honest people. Congress will never allow this. I am not afraid of thieves like Vijay Mallya, Nirav Modi and Mehul Choksi. Narendra Modi might be," he added.

Yesterday, during a rally, Mamata had accused Congress for the rise of BJP and said that the grand-old party failed to put up a credible fight against the BJP that the saffron party grew from strength to strength. "Congress-CPI(M)-BJP are all hand in glove. Congress and CPI(M) does not fight against BJP. Only we fight against BJP. Congress will have to seek help from others if it wants to form the government at the Centre. Congress has presence only in 3-4 states," she said at a rally in Raiganj on Tuesday.