Friends of student attack college teacher in Rajasthan, get beaten up

A student was scolded by a teacher two days ago and on Tuesday, his friends entered the campus. 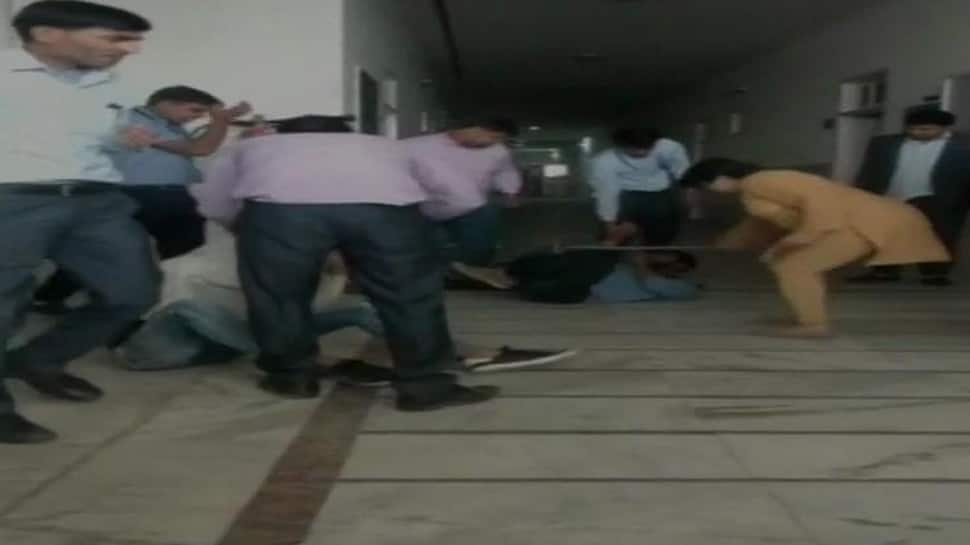 Jhunjhunu: Two men were thrashed by the staff of Shri Jagdishprasad Jhabarmal Tibrewala University here after they barged into the premises of the varsity to settle the score with a teacher who had beaten their friend.

Elaborating on the brawl which broke out on Tuesday, SHO, Sadar Police Station, Jhunjhunu, Suresh Kumar told ANI, "On getting information about the fight in college police went there. We came to know that two boys entered the college with the purpose of fighting. Following this a fight ensued between the staff and the other two men. One or two teachers also got injured. Those boys also got injured."

"A student was scolded by a teacher two days back. Today these men entered the campus they are not the students. We are investigating the matter," he added.

Rajasthan: Some teachers of a college in Jhunjhunu were thrashed by a few men in the college premises. Police say, "A student had been scolded by a teacher 2 days back. Today these men entered the campus, they are not its students. We are investigating the matter." (19.03.2019) pic.twitter.com/iFwNUodC7C

Meanwhile, one of the men who barged into the university cried foul and said, "A teacher had slapped my cousin brother. He called me and asked me to come. We went there to ask what happened. The college staff and teacher thrashed us severely."