'Baahubali' made me a lot more brave: Tamannaah Bhatia

She credits SS Rajamouli's magnum opus 'Baahubali' in which she played the feisty warrior Avanthika, for being life-changing for her as an artiste and as a person. 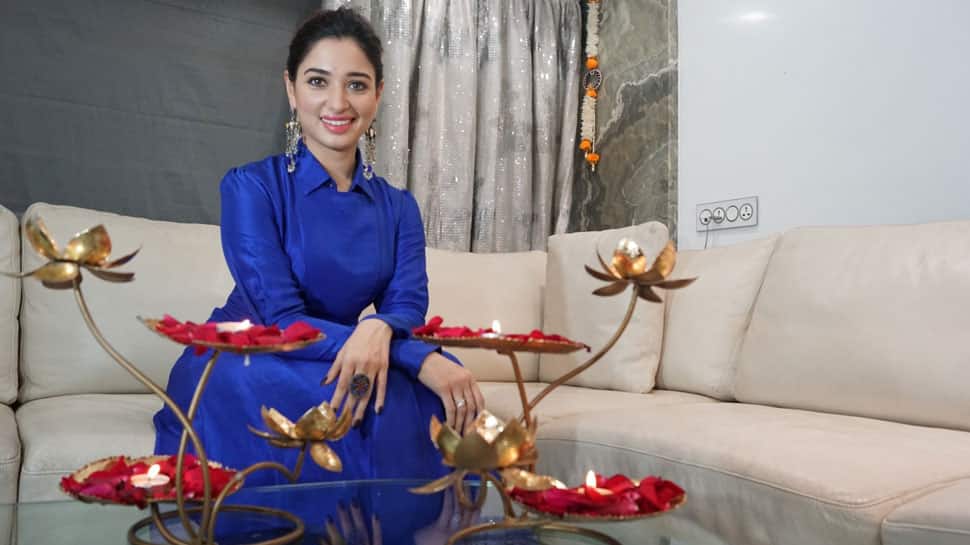 New Delhi: Down with two releases already in 2019, Tamannaah Bhatia has a growing kitty of projects across genres and languages. The actress says being a part of epic two-part drama "Baahubali" not just made her adventurous physically, but also brave in terms of decision making in life.

Telugu film "F2 Fun and Frustration" and Tamil drama "Kanne Kalaimaane" hit the screens earlier this year, and "Devi 2", "That Is Mahalakshmi" as well as "Sye Raa Narasimha Reddy" are in the pipeline for release. Additionally, she has just signed up for one Telugu film, and one in Tamil.

What about any Hindi projects?

"I am not working on anything in Hindi as of now. I am open to doing a lot of Hindi work. But I don't want to do something just because it's Hindi. I want to do a project because it maybe a good film to be a part of. 'Sye Raa...' will be released in Hindi as well. It is mounted like a pan-India film," Tamannaah told IANS of the Chiranjeevi-starrer which has a cameo by megastar Amitabh Bachchan.

All of 29, the actress has been a part of showbiz since her early teens. A majority of her films have been in Tamil and Telugu, but she has done a fair share of Hindi and Kannada films too.

She credits SS Rajamouli's magnum opus "Baahubali", in which she played the feisty warrior Avanthika, for being life-changing for her as an artiste and as a person.

"People started looking me at not just as a commercial heroine, but also an actor, which is essentially what I came here to do. That was what excited me about having a film career, that I could play different people and characters.

"I consciously now choose to do movies which have something interesting for me to do," Tamannaah said in the telephonic interview, asserting how she is on a path of being conscious and cautious about choosing projects.

"As an actor, one has to take that plunge... Some of it works, some of it doesn't. But keep going at it. I think 'Baahubali' gave me an attitude to be able to take risks."

All in all, she is currently soaking in the joy of having a versatile slate of projects.

"There's no one kind of a movie. I am doing quite a mixed bag. I am working on a period film ('Sye Raa...'), I will soon shoot a film with Vishal, which is a completely different characterisation in the Army backdrop. So I am excited about that."

Will that see her doing a lot of action again?

"Well, I don't know how much action, but it will not have the typical female lead running around the trees."