In a tweet posted in Tamil, Haasan informed that he written about it to the government and an approval is awaited. The building is currently being used by his party. 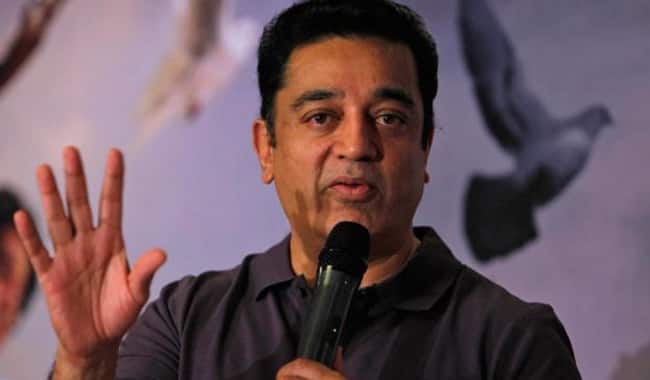 New Delhi: In a heartwarming gesture to fight against the coronavirus pandemic, actor-politician Kamal Haasan has offered to provide his old home in Chennai to be used as a temporary hospital to treat poor people with the help of doctors from his party Makkal Needhi Maiam (MNM). In a tweet posted in Tamil, Haasan informed that he written about it to the government and an approval is awaited. The building is currently being used by his party.

In an open letter addressed to Prime Minister Narendra Modi earlier, Haasan had requested the government to provide financial aid to daily wage earners, farmers and fishermen, who have limited sources of income.

Kamal Haasan and his entire family are under self-isolation in different cities. His ex-wife Sarika and elder daughter Shruti are in Mumbai but residing in separate apartments while he and younger daughter Akshara are in different houses in Chennai. They were having different travel schedules and hence, the family decided not to isolate together.

As of now, to contain the spread of the coronavirus, a nationwide complete lockdown for 21 days has been announced by PM Modi.

On the work front, Kamal Haasan will be next seen in ‘Indian 2’, directed by S Shankar. It is a sequel to his 1996 film of the same name.

Amid coronavirus crisis, Ram Charan and Jr NTR's ‘RRR’ motion poster is here to lift up your spirits - Watch