The Kerala State Films Awards for the year 2016 have been announced and reportedly Vinayakan has bagged the best actor trophy. According to Times of India.com, Vinayakan has won the Best Actor award for playing Ganga in 'Kammatipaadam' where as Rajisha Vijayan won the Best Actress trophy for 'Anuraga Karikkin Vellam'. 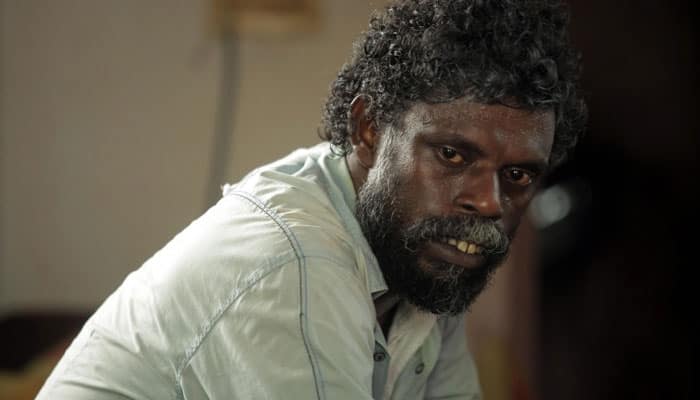 New Delhi: The Kerala State Film Awards for the year 2016 have been announced and reportedly Vinayakan has bagged the best actor trophy. According to Times of India.com, Vinayakan has won the Best Actor award for playing Ganga in 'Kammatipaadam' whereas Rajisha Vijayan won the Best Actress trophy for 'Anuraga Karikkin Vellam'.

This is the first time that both these actors have won an award. In fact, Rajisha made her debut with 'Anuraga Karikkin Vellam'. The 47th Kerala State Film Awards on Tuesday and majorly parallel cinema emerged as big winners. The awards were announced here by state Minister for Cultural Affairs A.K. Balan.

IANS quoted the TV anchor-turned-actress as saying after her big win: "Honestly, till today morning, I never had any clue at all about the awards. I did not know if the film had been sent for the awards. Now when I heard the news that I have won the Best Actress Award in my debut film, believe me, my happiness is too great to be expressed."

Besides, Manikandan was adjudged the Best Character actor from 'Kammatipaadam'.

"The full credit for this award goes to my director Rajeev Ravi. I will continue to act till I die," said Vinayakan, who has been doing small-time roles for a long time and has acted in films of other South Indian languages too.

Interestingly, the Best Director honour went for the first time to a woman. Vidhu Vincent won it for her film "Manhole", which was selected as the Best Film. It's a movie on manual scavengers.

"I am hugely excited as not only have I won the Best Director Award, but my movie has also won the Best Film Award. What more should one expect? With this, I feel my responsibility has increased as cinema is a cultural product and I have to come up with such products again," said Vincent, a journalist-turned-filmmaker.

Also honoured at the Kerala State Film Awards was the late O.N.V. Kurup, the legendary literary figure who penned numerous award-winning lyrics. He passed away in February 2016, and has got the award posthumously for his lyrics in the film "Kamboji".

"He (ONV) wrote the songs in three days," said his wife. This year, 68 films came before the jury, led by popular cameraman and Oriya film director A.K. Bir and 10 films made it to the final round.

'Kattapa' REVEALS why he killed 'Baahubali'! Here's what you should know