The 2:17 long teaser also brings glimpses of Raveena Tandon, Sanjay Dutt, who will be seen as Adheera in the film, lead protagonist Srinidhi Shetty. 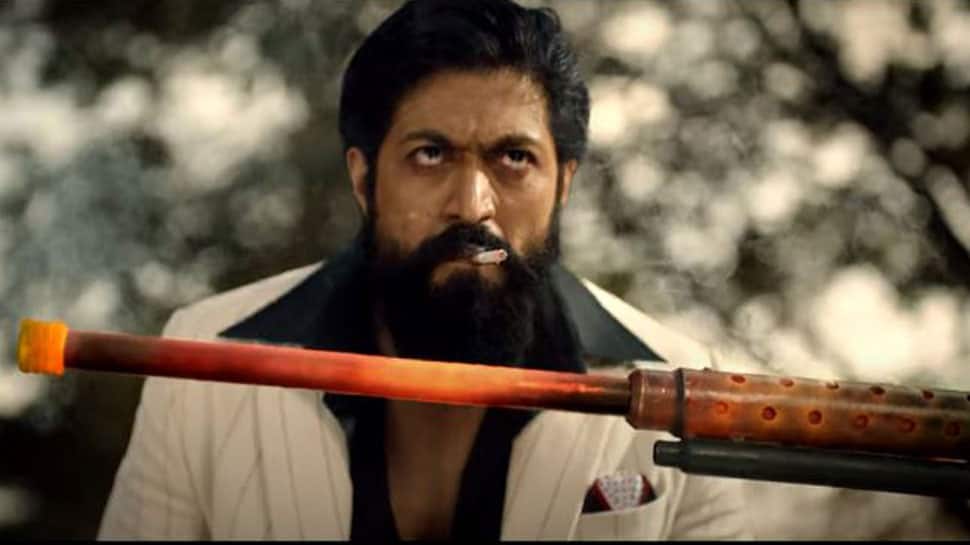 NEW DELHI: The much-awaited teaser of Yash starrer KGF 2 was released on Thursday (January 7) to contain the damage of the video's leak. The makers had initially planned to release the teaser on Friday, to mark the 36th birthday of KGF star Yash.

The 2:17 long teaser also brings glimpses of Raveena Tandon, Sanjay Dutt, who will be seen as Adheera in the film, lead protagonist Srinidhi Shetty. While Srinidhi Shetty and Yash will be seen reprising their roles of Rocky Bhai and Reena, the addition of Sanjay and Raveena to the cast has added to the expectation of those who are awaiting the release of the film on the big screen.

The teaser of the KGF: Chapter 2 begins with glimpses of promise that protagonist Rocky made to his dying mother, that he won't die in poverty. The power-packed teaser which has glimpses from the prequel, focuses primarily on the introduction of the new powerful Rocky Bhai and antagonist Sanjay Dutt.

The shooting of Chapter 2 began in March 2019 and the film was scheduled to release in October 2020 but was delayed due to Sanjay Dutt's illness as well as Coronavirus pandemic.

KGF: Chapter 2, which is a Kannada language period-drama film, will be dubbed in Hindi, Malayalam, Tamil and Telugu languages. The film has been marked as the most expensive and first Rs 100 crore budget film in history of Kannada cinema.