The audio of Nanda Gopala Krishna (NGK) was released in Chennai and the jukebox got a good response from the audience. 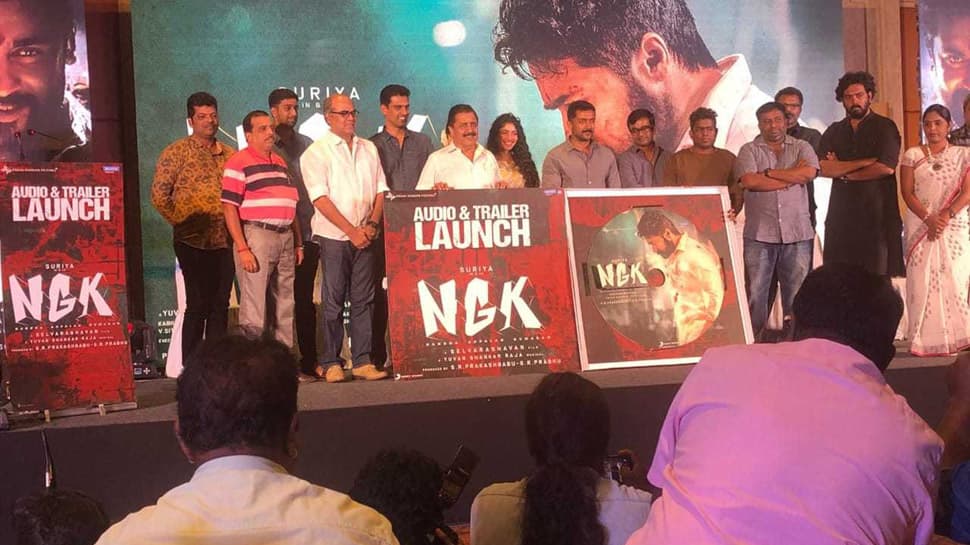 The audio of Nanda Gopala Krishna (NGK) was released in Chennai and the jukebox got a good response from the audience.

Sai Pallavi is the leading lady of the film which is directed by Sri Raghava and produced by SR Prakash Babu, SR Prabhu under Dreamwarrior
Pictures along with Reliance Entertainment, who recently delivered Superhit film like 'Khakee'.

Suriya is pretty excited about NGK and had so much to say. He said, “People are calling NGK a political drama or thriller, but let me say it belongs to a whole different angle. It is director Sri Raghava’s angle and his observation of politics post-2000”.

Talking about the director Raghava, he said, “I don’t remember if I have asked any director before or not, but I asked director Sri
Raghava for the first time in 2002 if he will direct me? I felt thrilled that after all these years I have got the opportunity. It is like a dream come true moment for me. It felt like a new day every day on the set of NGK.” On the team,

Suriya is an amazing actor, said, director Raghava. At the audio launch, he said, “Suriya is an extraordinary actor. He gives even the
smallest of expressions wonderfully. NGK is a very challenging and complicated script. When I discussed with the producers, Suriya was the only option that came to our mind whom we felt could do justice to the script. He is a director’s actor. Sai Pallavi and Rakul Preet Singh have also acted beautifully. NGK had a wonderful support team and fabulous producers. I thank each and everyone.”

Ram Pothineni to play the lead role in Thadam remake