Several prominent Tamil film stars, including Sivakumar, actor-director K Bhagyaraj, "Kutti" Padmini and Sripriya, who had long association with her, paid floral tributes to a photograph of Sridevi. 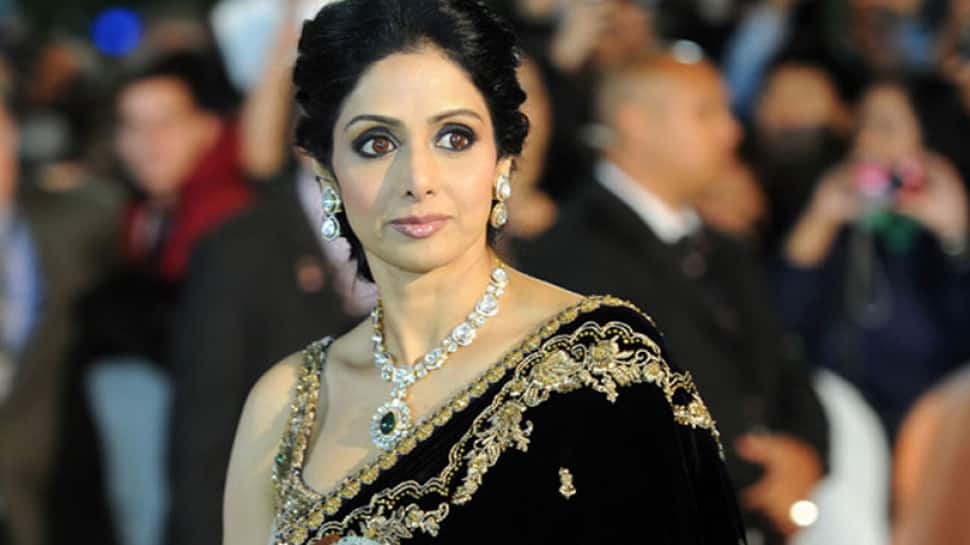 Chennai: Rich tributes were today paid to Indian cinema icon Sridevi here by a host of stars of Kollywood, from where she took the baby steps to a glittering career.

A prayer meet was held at a city hotel for Sridevi, who passed away in Dubai on February 24, in which her husband Boney Kapoor, and daughters Jhanvi and Khushi were among those who attended. The event was out of bounds for the media.

Earlier, leading actors paid their homage to Sridevi at a meeting held in the office of the of the South Indian Artistes' Association (SIAA), popularly known as 'Nadigar Sangam', here.

Several prominent Tamil film stars, including Sivakumar, actor-director K Bhagyaraj, "Kutti" Padmini and Sripriya, who had long association with her, paid floral tributes to a photograph of Sridevi kept at the office SIAA office.

SIAA President and actor Nasser led the fellow artistes in paying tributes to Sridevi, who died at the age of 54.

Actor-director Manobala, also a member of the SIAA, tweeted and shared a photograph of the SIAA members paying their tributes to Sridevi.

Actor Ajith, his wife and actress Shalini, director Priyadarshan and actress Meena visited the residence of Sridevi here and conveyed their condolences.

Sridevi, Indian cinema's first woman superstar, had an illustrious career spanning over four decades after making her debut as a child artist in Tamil film "Thunaivan" in 1969.
After making her mark in the south Indian films, she entered Bollywood.

Sridevi's body was cremated on February 28 in Mumbai. The ashes were immersed in Rameswaram sea last week.