No marriage on cards: Malaika Arora on wedding plans with Arjun Kapoor

Actor-dancer Malaika Arora has once again refuted marriage rumours with Arjun Kapoor. The actress in an interview revealed that marriage is not on cards right now. She also opened up about her son Arhaan's Bollywood debut.\ 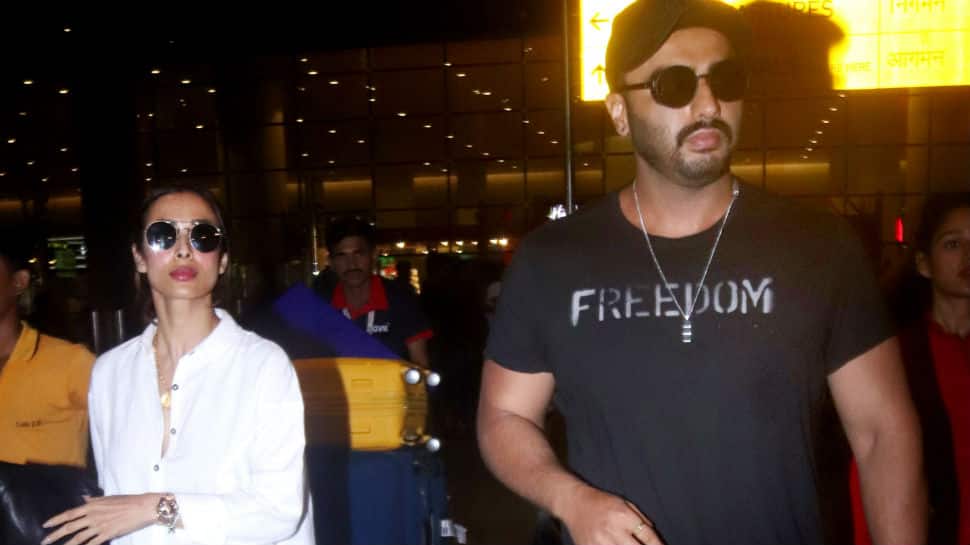 New Delhi: Actor-dancer Malaika Arora has once again refuted marriage rumours with Arjun Kapoor. The actress in an interview revealed that marriage is not on cards right now. She also opened up about her son Arhaan's Bollywood debut.\

Talking to Zoom TV, Malaika said, " “I think happiness is a state of mind and yes, why to go into histrionics. Yes, I am happy, why have so much explanation, yes I am happy. In the business, everybody is at the receiving end of all of this. No one is spared of these kinds of conjectures so to speak. Like we have said, there’s no marriage on the cards right now.”

Malaika also talked about her son's Bollywood debut.  “He loves films because that is the environment he grew up in, He loves watching and following films. But what is he going to do about it, I think no one is sure. Because he is not sure yet, " she said.

Malaika and Arjun made their relationship official earlier this year. She even posted a special picture of herself with Arjun on his birthday and addressed him as "My Arjun". Earlier, they were a bit apprehensive about making joint appearances but now they don't seem to give two hoots about how their relationship will be portrayed.

Although the duo has always denied about their impending marriage, the rumours don't seem to die down anytime soon.