Aurélie, who is also a senior research fellow at the Institut de Physique du Globe de Paris (IPGP) compared it with the Dead Sea Fault (DSF) in the Middle East and San Andreas Fault in California (US). 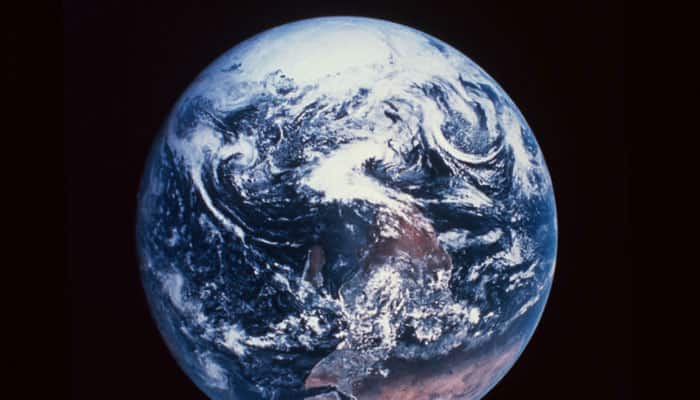 New Delhi: A study published in the journal 'Geophysical Research Letters' revealed that the giant tectonic plate found under the Indian Ocean is cracking into two parts.

The researchers found out that the plate, commonly known as the Indo-Australian tectonic plate, is cracking at a speed of about 1.7 millimetres per year, which means it would take over 10 lakh years for there to be a distance of 1.7 km between those two cracks.

Study's co-researcher Aurélie Coudurier-Curveur said, "It's not a structure that is moving quickly, but it's still significant compared to others that are present on the planet.”

She added, "It is like a puzzle. It is not a uniform plate. There are three structures that are moving in the same direction together.”

Aurélie, who is also a senior research fellow at the Institut de Physique du Globe de Paris (IPGP) compared it with the Dead Sea Fault (DSF) in the Middle East and San Andreas Fault in California (US).

Reportedly, the DSF is moving at about 0.4 centimeters per year which is almost double the movement of the Indo-Australian plate.

Whereas, the San Andreas Fault is moving at about 1.8 cm per year, which is about 10 times faster than the Indo-Australian plate.

The study was based on the information taken from the earthquakes that jolted Indonesia in 2012. There were two earthquakes of 8.6 and 8.2 magnitudes that indicated that some kind of deformation was taking place in an area known as the 'Wharton Basin.'

The research team after looking at a particular fracture zone in the Wharton Basin found 62 of such pull-apart basins that spanned over 350 km. These basins then followed a line that passed close to the epicentres of the 2012 earthquakes in Indonesia.

The researchers also said that the next powerful earthquake produced by such faults would mostly occur after 20,000 years from now because the Indo-Australian tectonic split is happening slowly.

Researchers find out flickers coming from center of Milky Way