New Zealand professor Christoph Bartneck, who practically does not have knowledge on the subject, successfully submitted the paper to a scientific conference. 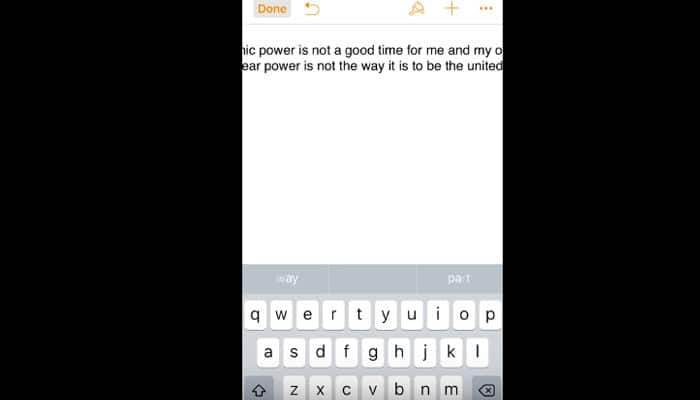 New Delhi: In a rare case, an associate professor of computer science at New Zealand's University of Canterbury has written a paper on nuclear physics only using Apple's auto-complete software.

New Zealand professor Christoph Bartneck, who practically does not have knowledge on the subject, successfully submitted the paper to a scientific conference.

Since Bartneck does not have any knowledge on nuclear physics at all, he resorted to using iOS auto-complete function to help him with the paper.

“Since I have practically no knowledge of Nuclear Physics I resorted to iOS auto-complete function to help me writing the paper,” Bartneck, who was errerroneously asked to submit a research note at the upcoming conference in November on nuclear physics, said.

He constructed the academic paper by simply beginning a sentence with the words "atomic" or "nuclear" and randomly clicking the suggested words the autocorrect system provided.

"The text really does not make any sense," added Bartneck, who said that the first illustration on nuclear physics that he used was taken from Wikipedia.

"I know that iOS is a pretty good software, but reaching tenure has never been this close," he said.

Dr Bartneck, who wrote the paper under the alias "Iris Pear," an anagram of "Siri Apple," had his paper accepted by the International Conference on Atomic and Nuclear Physics just three hours after submitting.