Son allegedly murders mother, throws her off the terrace in Rajkot

The CCTV footage shows him dragging her mother from their apartment towards the stairs. 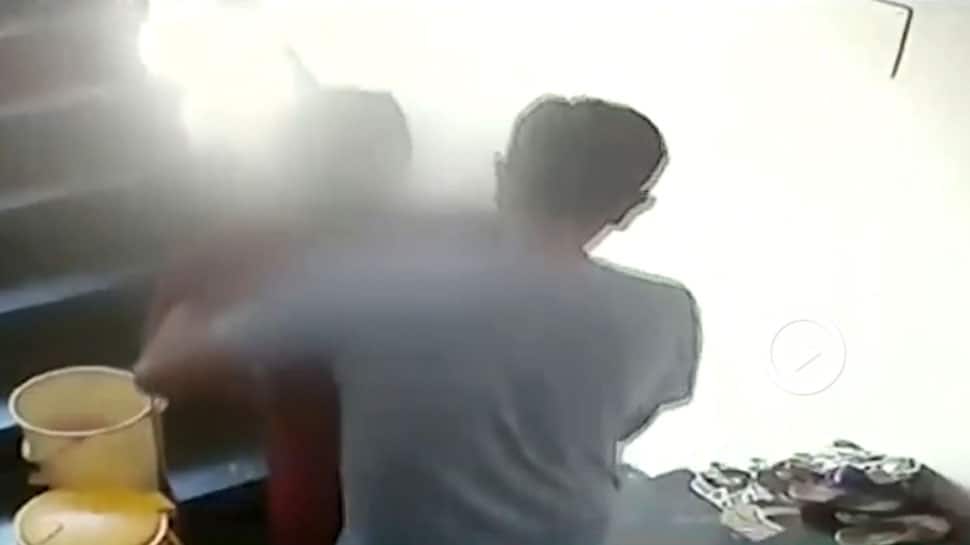 RAJKOT: Police have uncovered what could be a chilling murder, in which a young man allegedly threw his ailing mother off the roof of their apartment building and then pretended that he didn’t know about it. The CCTV footage recovered shows him dragging his mother from their apartment towards the stairs.

Soon after son Sandeep Nathwani took his mother Jayshree Ben upstairs, she fell from the terrace. One of the guards at the locality came to his house to inform him of the accident.

Denying his involvement in the murder, Sandeep who is an assistant professor at Mody Pharmacy College in Rajkot, claimed that he was not present at the terrace when the 'accident' took place.

He claimed that his mother had sent him to the apartment to get water to offer her prayers on the terrace.

He came back to the apartment wearing her mother's slippers.

Jayshree had recently suffered a brain hemorrhage and was reportedly a little due to her medical condition which had led to a rift between him, his wife and his mother.

Sandeep is Jayshree's only son. She has two daughters also, one of whom is married. The marriage of the other daughter is also said to be one of the reasons for the growing dissent at his place.

"She could not walk properly, needed support even to go to the washroom. This raised our suspicion towards the incident after which we examined various footages from different CCTV cameras of the building," Karan Singh Vaghela, DCP Rajkot said.

Police said that Sandeep has complained of chest pain and has been admitted to a hospital. "Sandeep pushed his ailing mother from the terrace of his apartment building on 27 Dec in Rajkot. We have verified the CCTV footage. We will arrest him once he is discharged from the hospital," the DCP adde.