India's historical moment: ISRO marks milestone with launch of 100th satellite along with 30 others 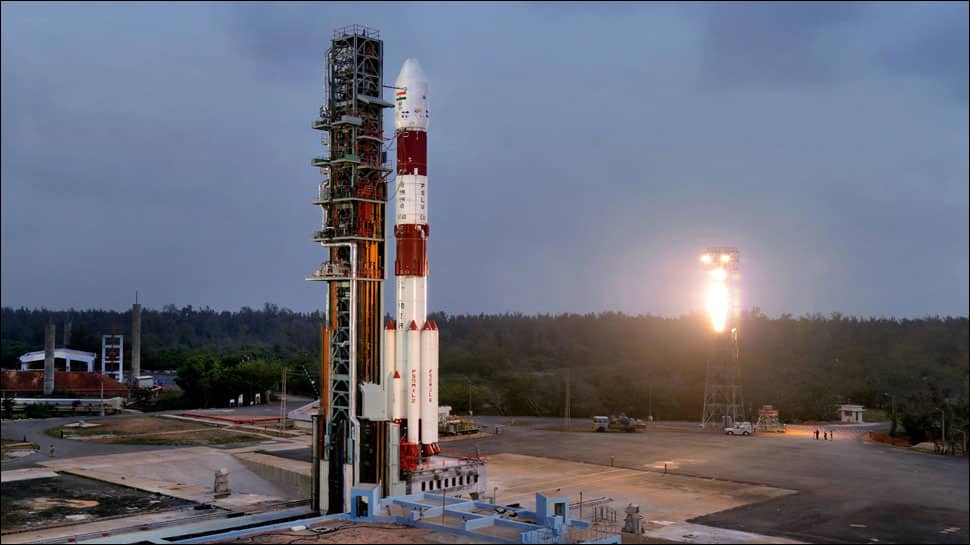 New Delhi: The Indian Space Research Organisation (ISRO) successfully marked a century by launching its 100th satellite today along with 30 others.

This was ISRO's maiden launch of 2018, while also being the first launch after the unsuccessful launch of the IRNSS-1H satellite in August 2017, when the PSLV rocket's heat shield separation failed to take place.

During the last PSLV launch we had problems, today what has happened proves that the problem was properly addressed and rectified. Happy to give this new year gift to the country: AS Kiran, ISRO pic.twitter.com/qoyMh95cNP

In its forty-second flight, the PSLV-C40 is carrying the 710 kg Cartosat-2 Series Satellite for earth observation and 30 co-passenger satellites together weighing about 613 kg at lift-off.

The total weight of all the 31 satellites carried onboard PSLV-C40 is about 1323 kg.

Check out the latest updates below:

Prime Minister Narendra Modi, in a post on Twitter, lauded the Indian space agency on the success of the Cartosat-2 mission.

My heartiest congratulations to @isro and its scientists on the successful launch of PSLV today. This success in the New Year will bring benefits of the country's rapid strides in space technology to our citizens, farmers, fishermen etc.

The launch of the 100th satellite by @isro signifies both its glorious achievements, and also the bright future of India's space programme.

Benefits of India's success are available to our partners! Out of the 31 Satellites, 28 belonging to 6 other countries are carried by today's launch.

The Chief Minister of Jammu and Kashmir, Mehbooba Mufti, also took to the microblogging site to congratulate ISRO.

I congratulate the entire team at @isro on successfully launching its 100th satellite from Sriharikota.

ISRO set to launch its 100th satellite today, along with 30 others