During the close flyby, Juno will pass about 5,600 miles above the Giant Red Spot clouds on Monday with all eight of the craft's instruments as well as its imager, JunoCam, switched on. 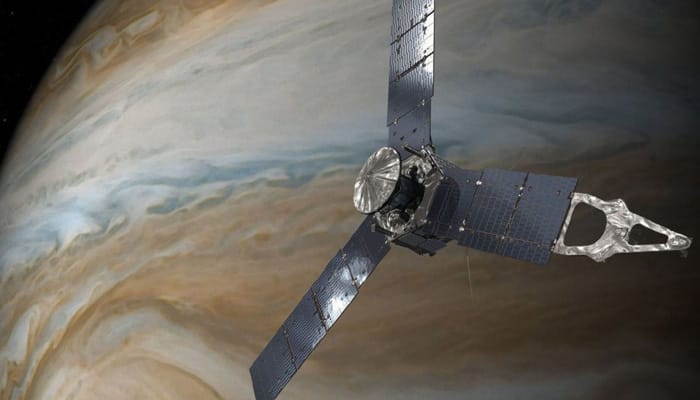 New Delhi: NASA's Juno spacecraft will make its sixth flyby over Jupiter's mysterious cloud tops on Monday - this time concentrating on the planet's Great Red Spot, the best-known feature of the gas giant.

During the close flyby, Juno will pass about 5,600 miles above the Giant Red Spot clouds on Monday with all eight of the craft's instruments as well as its imager, JunoCam, switched on.

"Jupiter's mysterious Great Red Spot is probably the best-known feature of Jupiter," said Scott Bolton, principal investigator of Juno from the Southwest Research Institute in San Antonio. "This monumental storm has raged on the solar system's biggest planet for centuries. Now, Juno and her cloud-penetrating science instruments will dive in to see how deep the roots of this storm go, and help us understand how this giant storm works and what makes it so special."

Juno launched on August 5, 2011, celebrated its first anniversary in Jupiter orbit on July 4.

During its mission of exploration, Juno soars low over the Jupiter's cloud tops - as close as about 2,100 miles - probing beneath the obscuring cloud cover of the gas giant and studying its auroras to learn more about the planet's origins, structure, atmosphere and magnetosphere.

NASA plans to save Earth by knocking asteroid off its orbit