Roger Federer hazy on return to world number one

Roger Federer insisted he wouldn`t go out of his way to capture the coveted year-end world number one ranking, despite sealing back-to-back Masters wins in Shanghai on Sunday. 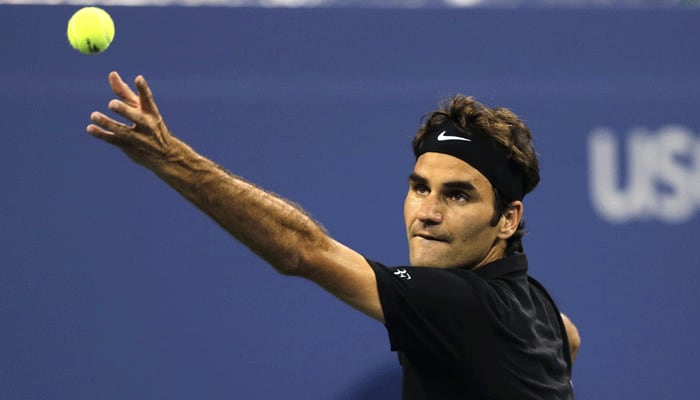 Shanghai: Roger Federer insisted he wouldn`t go out of his way to capture the coveted year-end world number one ranking, despite sealing back-to-back Masters wins in Shanghai on Sunday.

But Federer, who swatted aside top-ranked Novak Djokovic in the semi-finals, said getting back to number one, a position he last held two years ago, had not entered his thinking.

"I`m not even going to change my schedule because of it. I haven`t thought about it, to be quite honest," said Federer.

"What does it need for world number one? I`m not quite sure. I need to look into that, how realistic it is or not," he added.

"I mean, it`s in Novak`s racquet. He dictates. But nevertheless, I`m still going to be playing and hopefully playing well again."

Federer is expected to round off 2014 at Paris, Basel and the World Tour Finals in London, with a total of 3,000 points available -- potentially enough to outstrip Djokovic.

The veteran Swiss has already done enough to displace his great rival Rafael Nadal, who has appendix problems, from second place when the new rankings go out next week.

"I`m going to anyway look at things when I come back to Switzerland in the next few days, discuss my schedule with the team, like I mentioned the other day," Federer said.

"Nothing is going to change really. It all comes down now to what are my goals, what is my energy level like, and what are my priorities in terms of tournaments."

He said he was delighted to be winning again this season after a fallow 2013 with only one tournament victory, his worst return in 12 years, and a finish outside the top five.

"Last year I only got one, which is quite disappointing to be quite honest," he told reporters in Shanghai, after lifting the 81st trophy of his career.

"I think this year everything is going really well," Federer added. "I have still so many highlights to look forward to for the end of the season, which is very nice.

"Usually everything slows down at the end of the season. Not for me this time."