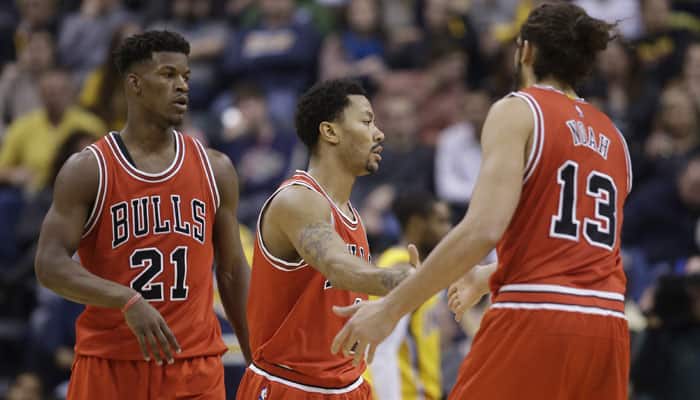 Jeff Green added 19 points for Memphis while Zach Randolph scored 16 and pulled down nine rebounds for the Grizzlies, who improved to 45-18, the third-best record in the NBA.

Memphis, two games ahead of Houston atop the Southwest division, closed the game on a 17-3 run and avenged a home loss to the Bulls earlier this season.

The Grizzlies scored the next 11 points to start their closing run to victory.

"We had to get aggressive defensively," Marc Gasol said. "They had space and it creates a lot of lanes. We were able to read what they were doing and make some shots and were able to pull out a win."

"I was open. My teammates found me. I was able to make some shots," Marc Gasol said. "To win by 10 here was not easy. We put together a good game."

Pau Gasol had 13 points and 11 rebounds for the Bulls, who suffered their third loss in a row in falling to 39-26.

Aaron Brooks added 15 points for the Bulls while Nikola Mirotic had 18 points and 12 rebounds off the bench for Chicago.

The Bulls updated the injury status of Derrick Rose, who said he expects to return this season from a right knee injury.

"I feel good, in a positive space right now," Rose said, adding of a return before the playoffs, "That`s the plan. Whenever I feel right, that`s when I`ll step back."

Rose has been nagged with knee injuries over the past several seasons but has taken an optimistic turn about the latest layoff.

"This time could be a blessing in disguise, give me time to work on all the little injuries I had this season," Rose said.