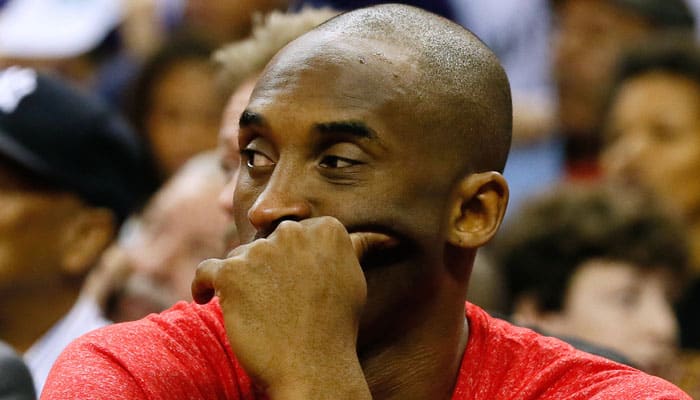 Los Angeles Lakers star guard Kobe Bryant will have the weekend to ponder treatment options for what doctors confirmed Friday was a torn rotator cuff injury in his right shoulder.

Bryant suffered the injury Wednesday in a game at New Orleans and an MRI exam Thursday revealed the injury, its findings backed after exams Friday from Lakers team physician Steve Lombardo, who discussed options with Bryant, including the possibility of season-ending surgery.

Bryant, who is expected to decide on a treatment course after a Monday exam by another doctor, was able to joke about the situation in a Twitter posting.

"This is what happens when I pass too much! #ShoulderShock thank u all for ur thoughts and prayers," Bryant tweeted.

Bryant, 36, is in his 19th NBA season and just last month passed Michael Jordan for third on the all-time NBA scoring list.

But Bryant has struggled with inconsistency much of this season, hitting only 37.3 percent from the field, and Lakers coach Byron Scott says he wants to limit Bryant`s playing time to preserve the guard`s health.

Bryant, who has one season remaining on his contract at $25 million, was voted to the Western Conference All-Star starting lineup Thursday for an unprecedented 17th consecutive year despite his troubles -- remaining a fan favorite despite the setbacks.

But the Lakers are a woeful 12-31 this season, second-worst in the Western Conference and fourth-worst in the 30-team league.