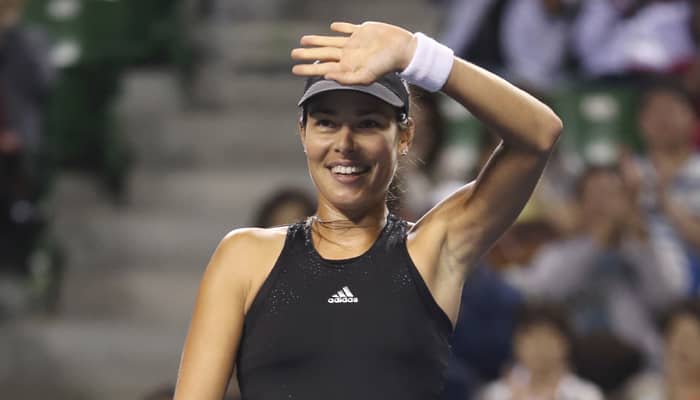 Third seed Ivanovic charged back from 3-5 down in the first set to beat the 26-year-old German favourite 7-5, 6-3 in the semi-finals.

Denmark`s Wozniacki, seeded second and looking to get over her loss to world number one Serena Williams in the US Open two weeks ago, outplayed Spaniard Garbine Muguruza 6-4, 2-6, 6-2 in two and a half hours.

"I started a little bit slow but after the break I tried to get more explosive and moving a little more," Ivanovic said of her second broken serve which put her 2-1 down at the start of the match.

She did not lose any more serves and broke world number eight Kerber four times altogether.

"It was for sure a tough match," said Kerber.

"We played great but she (Ivanovic) was able to catch the important moments."

"I kept fighting. It was a very competitive match," said Wozniacki, who was the world number one in 2010 and 2011, now ranked ninth after returning to the top 10 with her US Open performance.

"I just tried to stay in there and in the end I think maybe I had a little bit more energy than what she had."

Wozniacki, the 2010 Pan Pacific Open champion, broke the Spaniard`s serve in the 10th game to take the first set after surviving nine break points on her own serve.

But she lost serve three times in the second set and lost the first two games in the decisive set.

"She broke me at the start of the third. But I knew I was right there. I had just to keep going and I was still believing in myself," said Wozniacki, who has 22 career WTA titles including the lower-tier Istanbul Cup this year.

But they lost to defending champions Cara Black of Zimbabwe and India`s Sania Mirza 6-2, 7-5.

Top-seeded Black and Mirza earned the prize money of $44,835.