Five-time world champion Viswanathan Anand went down to Hikaru Nakamura of United States in the Armageddon game and had to be content with a second place finish in the Zurich Chess Classic that concluded, here on Friday. 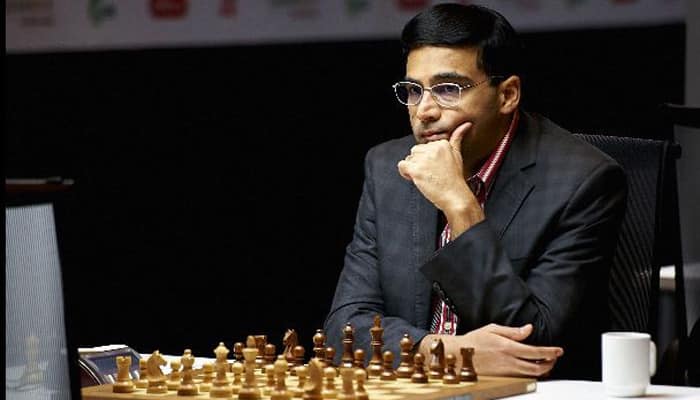 Zurich (Switzerland): Five-time world champion Viswanathan Anand went down to Hikaru Nakamura of United States in the Armageddon game and had to be content with a second place finish in the Zurich Chess Classic that concluded, here on Friday.

A sudden change in rules during the final stages of rapid competition paved the way for a final game even though it was not stipulated in the initial regulations.

Anand, having beaten Nakamura in Classical game, also had the better tiebreak score than the American and would have been crowned the winner but for the sudden inclusion of a final game in case of a tied result at the top.

It was clear that the five times world champion was not mentally ready for another game after a long day of chess and it showed as Anand crumbled with white pieces. For Nakamura, it was the second big win in the year after he had won the just-concluded Gibraltar Masters.

For the records, Anand started the day with a full point lead but two losses against Nakamura and Levon Aronian of Armenia cost him dearly in the five rapid games slated on the final day.

The Indian ace, however, scored a crushing victory against Fabiano Caruana of Italy and drew the remaining two games against Russian duo of Vladimir Kramnik and Sergey Karjakin.

Ending the rapid with two points out of a possible five, Anand gave Nakamura the chance to catch him on points table as the American scored three points to reach nine points for a shared first with Anand.

Anand still had the consolation of winning the Classical section and the Indian ace also wins back majority of points lost at the preceding Grenke Chess Classic just a few days before this event.

It may be recalled that Anand had finished a disappointing seventh out of eight participants in that tournament and this was indeed the great turnaround performance the Indian has been known to produce for many years now.

Kramnik won the rapid section scoring 3.5 points out of his five games. The second place here was shared by Aronian and Nakamura on three points each while Anand ended tied fourth with Karjakin. Caruana could not find his form here too and ended last scoring just 1.5 points.

In the combined standings, Kramnik finished third on 8.5 points after Anand and Nakamura, while Aronian was a distant fourth tallying seven points in all.

Karjakin ended another point adrift of the Armenian while Caruana finished at the bottom of the tables securing 5.5 points in all. The Classical games netted two points for a win and one for a draw but in rapid the players got just one for a win and half a point for a draw.

Having regained his form, Anand is likely to take part in the Gashimov memorial in Azerbaijan in April. A tournament which may also see World champion Magnus Carlsen of Norway in action.