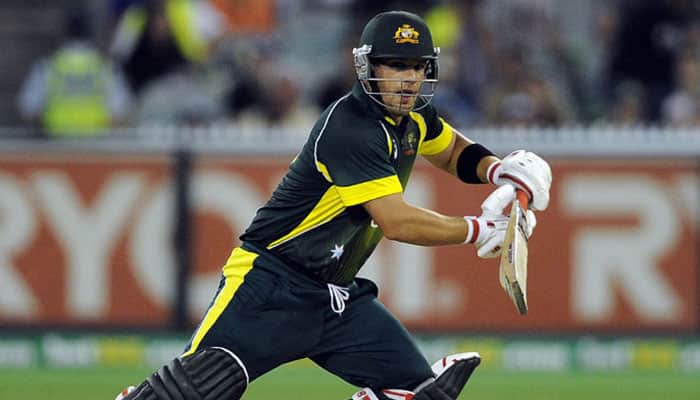 Australia bounced back from their opening heavy loss to hammer South Africa by seven wickets and square their Twenty20 series in Melbourne on Friday.

The Australians, beaten by the same margin in Adelaide on Wednesday, were superior with bat and ball to cruise to victory.

The home side restricted South Africa to 101 for seven off their 20 overs and had few problems reaching 102 for three in 12.4 overs to wrap up victory.

The series now goes to a decider in Sydney on Sunday.

"That was as good Twenty20 bowling as I`ve seen from our boys, we bowled to the conditions really well," Australia skipper Aaron Finch said.

"We used our pace and (leg-spinner) Cameron Boyce was unbelievable on a wicket that doesn`t traditionally spin a lot and he deserved his wickets and the man of the match."

The Proteas, who dominated the Australians in the Adelaide opener, were always under pressure after winning the toss.

Skipper JP Duminy played a lone hand topscoring with 49 off 51 balls with three fours and a towering six over the fence at the vast MCG arena before he was caught in the deep by Finch.

In the space of two overs, openers Quinton de Kock and Rilee Rossouw were both back in the changerooms.

Two days earlier the pair formed a match-winning 129-run partnership that powered the Proteas to a comfortable victory in Adelaide.

In the space of 13 overs, Australia had four wickets - more than what they managed in Adelaide.

Leg-spinner Cameron Boyce flighted the ball well to snare the stumpings of Reeza Hendricks (18) and Farhaan Behardien (5) in taking two for 15 off four overs, while paceman James Faulkner claimed three for 25 off his complement of four overs.

"We were outplayed in all forms of the game and there`s a lot of learning we can take out of today`s match," Duminy said.

"We know we need to come up with something drastic for us to come back on Sunday.

"These kind of things are good for youngsters, just to experience winning and losing, today was a particularly convincing victory for Australia so we need to take a lot of learning out of it."

The Australians rustled up the runs with 7.2 overs to spare with Finch unbeaten on 44 off 30 balls with eight fours and Shane Watson hitting 30 off 23 balls with five fours.