Anil Kumble wants us to take our own decisions, says KL Rahul

Rahul has a liking for the white flannels and red ball. 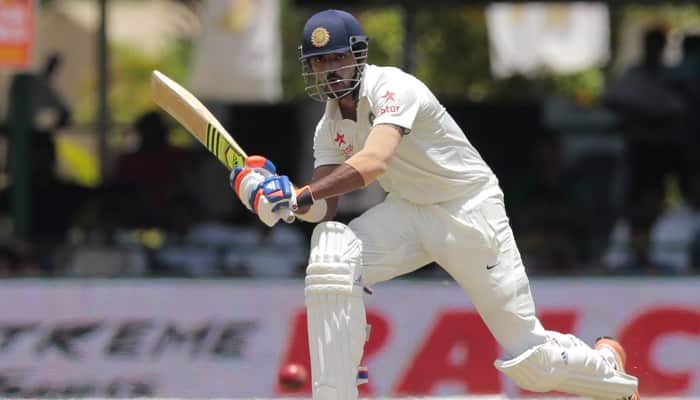 Bengaluru: Talented Karnataka opener Lokesh Rahul is happy that new chief coach Anil Kumble has decided to empower the national team members so that they can take their own decisions.

Rahul, who is a part of the Indian cricket team set to tour West Indies for a four-Test series, is currently attending the conditioning camp at the National Cricket Academy under the watchful eyes of Kumble.

"We had a few interactions with him (Kumble) and he has stressed on few things --- he has made it clear that he will let the boys take decision by themselves. When we have trouble or any queries and we need to ask, we can go up to him and it is wonderful set-up," Rahul told BCCI.TV.

"It's a great boost for young team like ours to have a legend like Anil Kumble in the team who will mentor and coach us. He is sharing with us the experiences that he has had in his cricketing career," the 24 year-old said.

"He is somebody who has so much cricketing knowledge and has spent so much time in international cricket. He is an ideal guy for us to look up to. We are looking forward working with Anil Kumble and getting better personally and also as a team," said Rahul, who has scored 256 runs in 5 Test matches including two centuries against Australia and Sri Lanka respectively.

After a successful limited overs tour of Zimbabwe, Rahul got a week long break which he enjoyed relaxing at home.

"It's little quick, but I did get a couple of days break and spent some time at home. It was a good break for me. It's unfortunate that the weather has not been on our side and we couldn't go out there and practice. But we did put in a few hours in indoors and try to get some practice."

With two Test tons under his belt, it is only natural that Rahul has a liking for the white flannels and red ball. No wonder he is looking forward towards his maiden tour of Caribbean.

"Test cricket is always a lot more challenging than the rest of the formats and we enjoy playing Tests. It's been a while since I played a Test (August 2015 vs Sri Lanka) and to see the white clothes again puts a smile on my face," said the soft-spoken Mangalore lad.

"We will like to use the next two-three weeks before the first Test well. We have a couple of practice games and therefore we have a lot of time on our hand. We can make the best use of the time and prepare well. We should be prepared well before going to West Indies and have a series victory under our belt."