Australia captain is second most important after PM: Darren Lehmann

Putting to rest speculation about Michael Clarke's dipping popularity within the national cricket team, coach Darren Lehmann said that Australian captain occupies the second-most important position after the Prime Minister and everyone wants him to be fit and raring to go. 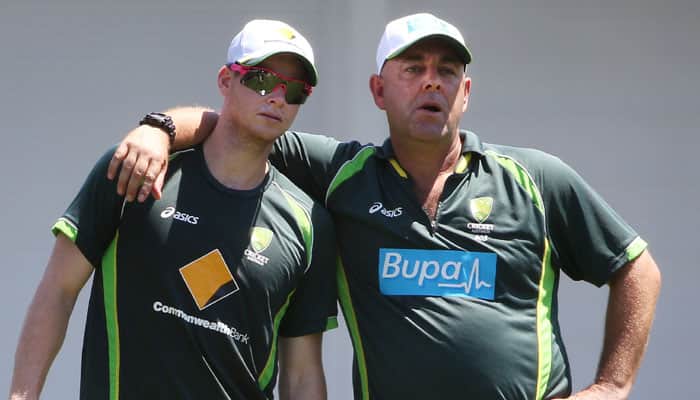 Melbourne: Putting to rest speculation about Michael Clarke's dipping popularity within the national cricket team, coach Darren Lehmann said that Australian captain occupies the second-most important position after the Prime Minister and everyone wants him to be fit and raring to go.

"He's captain of Australia, the second most important position behind the Prime Minister as such, we need our captain playing well," Lehmann said.

"When he played well he got a hundred in Adelaide and we won that Test match. We took a risk with that with his hamstring and the history of it but that was for good reason for obvious reasons as everyone knows," he told the Adelaide radio station FiveAA.

"We all get on, that's the great thing. Media can say what they like. Media will speculate and people are going to have their views. From our point of view we want our captain fit, which is great leading into the most important tournament for four years. We've got the World Cup, the West Indies tour and the Ashes, and we want him ready to go because he leads this side very well," he added.

Clarke had to sit out after the first Test against India in December last with the serious hamstring injury, and Steven Smith filled in as captain for the three remaining Tests.

Cricket Australia has given Clarke, who hit a strokeful 51 for his local Western Suburbs team in his first comeback game, time until Australia's second pool match against Bangladesh on February 21 to prove his fitness for the World Cup. Lehman said that he is sick of responding to Clarke's fitness status to one and all.

"I'm sick of it. I'm looking forward to him coming back. He played grade cricket on the weekend which is great, he's playing up here on Thursday so I'll get to have a look at him. I had a good chat to him and he pulled up really well from the grade game. He's ahead of schedule and I think he's said that in the press as well. Fingers crossed he might be," he said.

"Now when he gets back we've got to make sure he's right to go. We can't afford it to keep going on us in important stages. He knows that, he's diligent, he's good to go and really confident he'll be right to lead us hopefully before Bangladesh, but definitely by Bangladesh," he added.

World Cup 2015: 'James Faulkner can play for Australia only as a batsman'