An unofficial version of the West Indies team, without Chris Gayle's name, was seen widely circulated in the Caribbean. 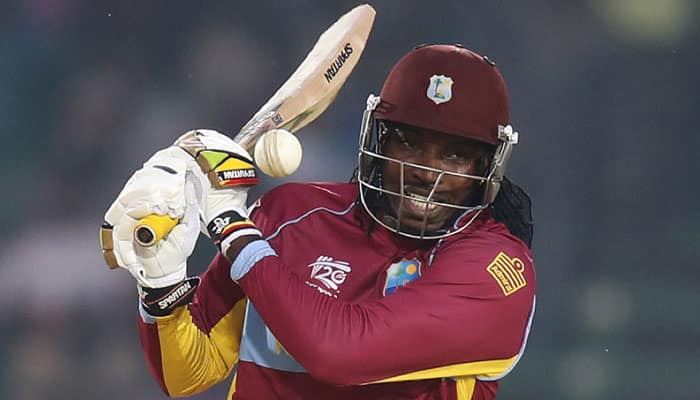 New Delhi: Big hitting West Indies opener Chris Gayle may yet play in the ICC World Twenty20, despite not being included in the reported leaked West Indies squad for the March-April event in India.

On Wednesday, an unofficial version of the West Indies team was seen widely circulated in the Caribbean. The list, however, doesn't have Gayle and Andre Russell -- probably two of the most bankable stars in the shortest format of the game.

But a report in IANS quoted CMC to claim that both Gayle and Russell will be named in the West Indies squad for the premier Twenty20 tournament.

Gayle's chances of selection into the team have had received a major blow following a series of off the field controversies during the recently concluded Big Bash League.

But, the 36-year-old has played in every edition of the tournament, and recently played some breathtaking knocks for Melbourne Renegades in the Big Bash League.

Surprisingly, banned spinner Sunil Narine is included in the unconfirmed list. Narine is expected to undergo testing on his action at Loughborough University in England next month, before confirming his spot on the side.