Riding high on a comfortable win over Dolphins in their last encounter, Chennai Super Kings will look to keep the momentum going when they lock horns with Lahore Lions in the Champions League T20 here on Thursday. 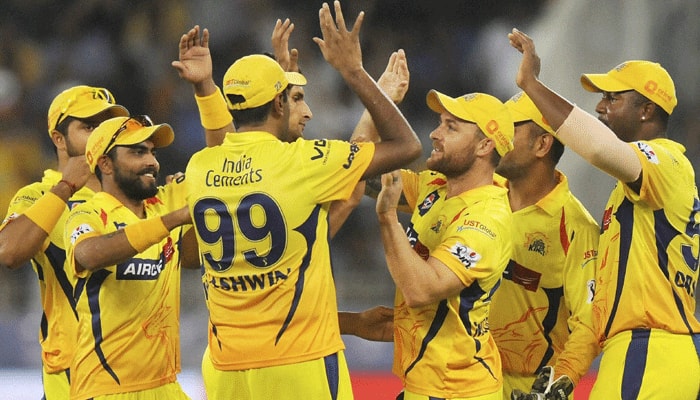 Bangalore: Riding high on a comfortable win over Dolphins in their last encounter, Chennai Super Kings will look to keep the momentum going when they lock horns with Lahore Lions in the Champions League T20 here on Thursday.

Captain Mahendra Singh Dhoni would like to see the in-form Suresh Raina, who blazed his way to a 43-ball 90 against Dolphins, to continue with his blitzkrieg and make Chennai's case stronger to storm into the knockout stage.

Chennai, who blazed their way to set an imposing 242 for six in 20 overs against Dolphins, would love to exploit the placid Chinnaswamy pitch against the Pakistani side.

The West Indian and Chennai T20 opener Dwayne Smith, who had a pretty good season last IPL, would like to make amends as he had failed to make any impression with his bat in the last two matches.

However, Brendon McCullum found his groove by hammering a quickfire 49, which gave a launching pad for Raina and Co. To post a massive total for Dolphins to chase.

McCullum and Smith would also look to join the party after failing to contribute much in earlier matches.

Having made amends in batting, Chennai also impressed with their bowling efforts as Mohit Sharma (4 for 41), Ashish Nehra (2 for 42) and Dwayne Bravo (2 for 17), were among the wickets. R Ashwin, who picked a wicket in the last match, would be keen to make a dent in the Lions' camp.

Lahore's Saad Nasim, Captain Mohammed Hafeez, Ahmed Shezad and Umar Akmal have been impressive with the bat. They struck 59 and 40 respectively in the match against Kolkata.

Akmal had also impressed in the game against Mumbai Indians in the qualifying round. Hafeez has also been striking well with the bat, scoring a superb 67-run knock in the match against Southern Express.

Lahore bowlers Aizaz Cheema, Wahab Riaz and Imran Ali have been successful in the qualifying matches. But the team will need to put up a very strong all-round performance to make it difficult for the seasoned Chennai side.