In a sad turn of events and also what many would say his fall from grace, New Zealand's famed cricketer and once feared all-rounder Chris Cairns has taken to cleaning bus shelters and driving trucks for 17-dollar-an-hour salary. 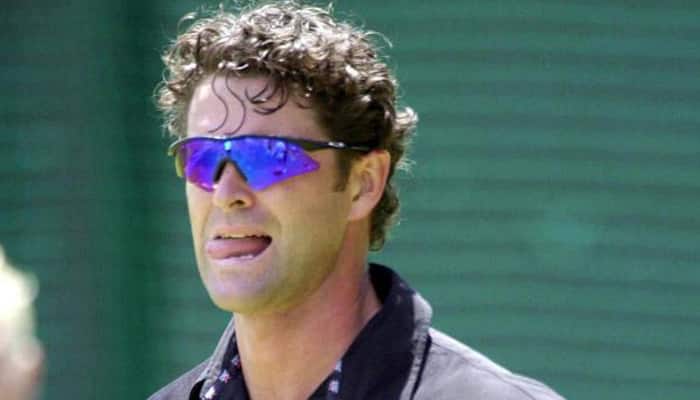 Auckland: In a sad turn of events and also what many would say his fall from grace, New Zealand's famed cricketer and once feared all-rounder Chris Cairns has taken to driving trucks and cleaning bus shelters for 17-dollar-an-hour salary.

As per reports, he decided to take up the job in order to provide for his family and meet his day-to-day expenses.

He is said to have taken up the job with the Auckland council where his work entails driving a truck that blasts water in bus shelters in the New Zealand capital.

A former New Zealand cricketer and one of Cairns' best friends Dion Nash confirmed that Chris was cleaning bus shelters. Nash was quoted by a daily as saying that Chris was trying really hard and doing his best to support his family.

Cairns' wife Mel Crosser was also reported as saying that he had no choice and had to do things to provide for his family.

She said that they had to pay rent for the house in which they were living as they didn't own one and had to pay bills like everyone else.

They, however, continue to live in Herne Bay which is said to be Auckland's most expensive suburb.

The 44-year-old former cricketer is currently under investigation by British authorities for alleged match-fixing charges.

It was reported that New Zealand player Brendon McCullum had provided the International Cricket Council with evidence of an attempt by an unnamed, high profile player, known as 'Player X', to entice him into spot-fixing .

Before McCullum's revelations, a former New Zealand cricketer Lou Vincent also made revelations about a number of matches which were targeted for spot-fixing.

Cairns issued a statement later saying that based on the limited information that he had received during the investigation, he believed that it was being alleged that he was that player. He said that the allegations against him were a complete lie.

He also went on to say that he had never approached Brendon, or anyone else, about match fixing or any other improper activity and said that 'there were dark forces at play' which had 'long arms, deep pockets and great influence'.

Meanwhile, Vincent has been banned for life from playing the game.

Cairns is considered as one of the finest cricketers that New Zealand has produced. Former Australian cricketer and a legend of the game Shane Warne had once described Cairns as the best all-rounder in the world.

One of his most memorable innings was his unbeaten 102 to win the final of the 2000 ICC Knock Out Trophy for New Zealand against India in Kenya.

His father, Lance, too was a cricketer.

In 2012, Cairns won £90,000 ($146,000) in a libel action against former Indian Premier League chairman Lalit Modi in London. This was regarding a tweet alleging he was involved in match-fixing.

Earlier in 2010 he worked in Dubai as a diamond trader. He also did a stint as a commentator in a channel in New Zealand.