Australia captain Michael Clarke is doubtful for next month`s series against Pakistan in the United Arab Emirates after scans confirmed an injury to his left hamstring. 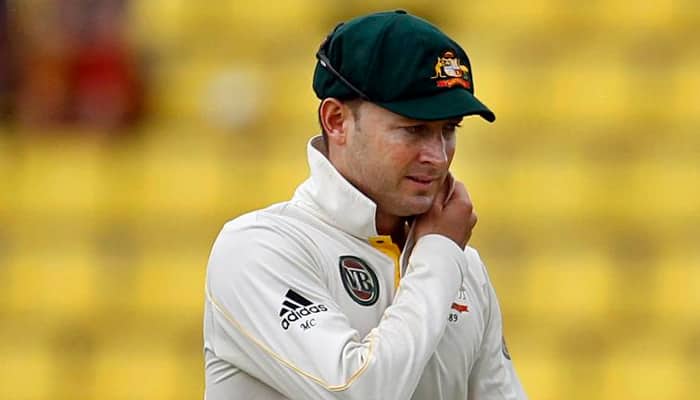 Melbourne: Australia captain Michael Clarke is doubtful for next month`s series against Pakistan in the United Arab Emirates after scans confirmed an injury to his left hamstring.

The 33-year-old strained his hamstring in training before the one-day international (ODI) tri-series against Zimbabwe and South Africa in Harare following a long break from the game and missed the first two matches.

He returned to the team during Australia`s humiliating three-wicket loss to Zimbabwe but aggravated the injury and was ruled out of the rest of the tournament.

Clarke returned to Sydney on Tuesday and later had a scan.

"He will have intensive rehabilitation for this injury and we will be monitoring his progress over the next week before deciding when he can return to training and playing."

Australia will start their series against Pakistan with a Twenty20 International, a format Clarke does not play, on Oct. 5 and will go on to play three ODIs and two tests.

"Had a scan on the hamstring, some damage as expected but I will be back fitter and stronger," Clarke said on his official twitter handle.

"I have some great people helping me get my injury right. I will do whatever it takes to get back on the field with the boys."