Despite the Indo-Pak rivalry, both Harbhajan Singh and Shoaib Akhtar have maintained a warm and brotherly relationship with each other. 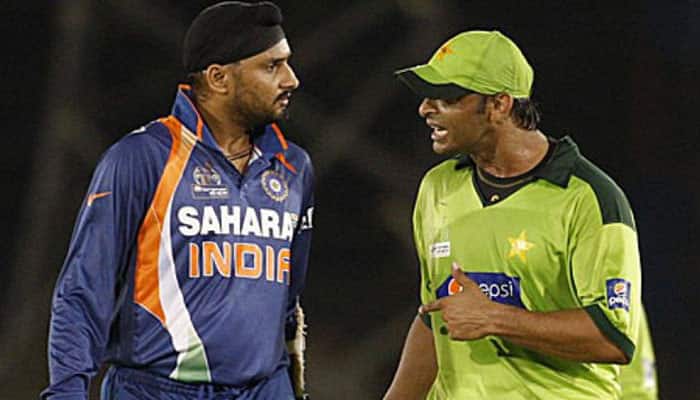 New Delhi: Harbhajan Singh has often hit the headlines for his spats with cricketers, both on and off the field. Be it the 'Monkey Remarks controversey with Andrew Symonds', 'Slapping Sreesanth' or 'Sledging by Australian cricketers', Harbhajan's cricketing career has been full of spice.

Harbhajan Singh and Shoaib Akhtar had plenty of heated affairs on-field but remained good friends outside cricket. Here is what Bhajji revealed about Shoaib in the soon-to-be aired 'Aap ki Adalat' episode -

“Shoaib abused me a lot. He used to sit with us, ate with us. Since he was too close to us, maybe he used to take us for granted. He challenged me once to hit a six and when I hit a six, he was shocked. He then bowled two consecutive bouncers which I evaded. He then abused me and I replied back. But after the game, we sat together as if nothing happened.

“Shoaib once threatened me he would come to my room and beat me. I told him come, let’s see who beats whom. I was really scared. He is a great hulk. He once bashed me and Yuvi (Yuvraj Singh) inside a room. Since he was heavy, it was difficult to catch him,”

Despite the Indo-Pak rivalry, both Harbhajan Singh and Shoaib Akhtar have maintained a warm and brotherly relationship with each other and hopefully the same continues!