Reason why Mahendra Singh Dhoni collects stumps after matches will leave you stunned!

Irrespective of the opposition or tournament, the skipper never fails to complete this ritual. 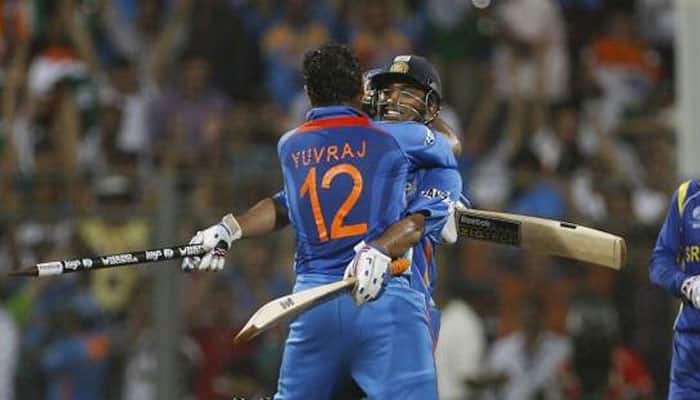 Irrespective of the opposition or tournament, the skipper never fails to complete this ritual.

“I have to do my post-cricket plans you see. I don’t mark the stumps that I collect. I’d watch the matches, look at the stumps and say ‘ok, this is from that match’. I have enough to keep me occupied for years,” Dhoni told reporters when asked about it.

However, there is another reason why Dhoni makes it a point to take the stump with him, reports ABP news.

Dhoni's childhood friend Kulbinder, a Nepali watchman’s son, was not only his best friend growing up but also the person who encouraged him to take up cricket.

While the wicketkeeper-batsman become a cricketing superstar, Kulbinder's stars didn't shine as brightly as his friend.

Even when Kulbinder built a small house, he did not take any financial help from Dhoni.

However, there is one thing he expected from Mahi and that is 320 cricket stumps to make a fence around his house.

Hence, Dhoni promptly collects stumps to hand it over to his dear friend.