He became the first Bangladesh player to hit centuries in three formats of the game. 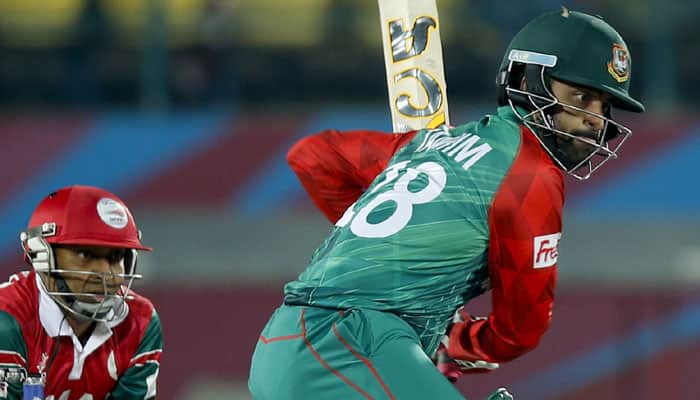 New Delhi: Bangladesh opener Tamim Iqbal on Sunday hit the first century of the 2016 ICC World Twenty20 to became only the seventh player to achieve the feat in the tournament's history.

Iqbal, 26, took 60 deliveries to reach the milestone after a slow start against Oman in their final qualifying match at Dharamsala.

The left-handed batsman thus became the first Bangladesh player to hit centuries in three formats of the game. He has seven Test and six ODI tons in his name.

He reached the hundred with a cover drive in the fourth delivery of the 19th over, bowled by Bilal Khan. The opener hit 10 fours and five sixes.

His ton helped Bangladesh post a massive 180 runs against Oman.

In the previous two matches, Iqbal had scored 83* against the Netherlands and 47 against Ireland.

Big secret is out! Virat Kohli is most popular cricketer in Pakistan women's team