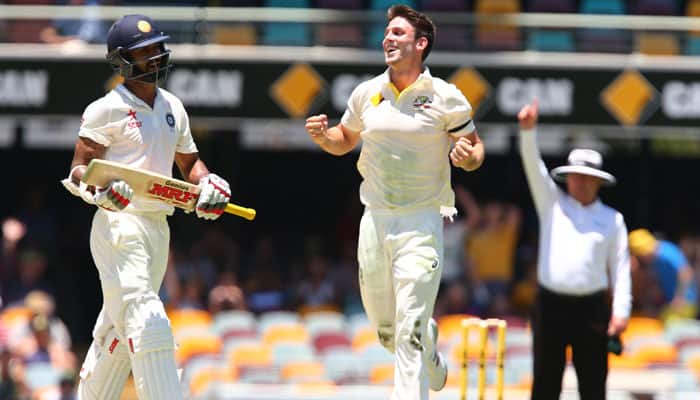 Marsh, 23, suffered right hamstring trouble on day one of the second Brisbane Test and was unable to bowl in the rest of the match.

"(Marsh) will not be available for the Sydney Test," team physio Alex Kountouris said.

"Our focus for Mitchell will now be on his return to one-day cricket as we lead into the tri-series."

Marsh, who has suffered five hamstring injuries in the last two years, was ruled out of the third Test, but travelled with the squad to Melbourne.

Batsman Joe Burns made his debut in the Melbourne Test as a replacement for Marsh.

Marsh has played 12 one-dayers for Australia and is likely to be part of the team for the World Cup, which starts on February 14.

Mitchell Marsh to have hamstring scan, in doubt for Sydney Test