Zimbabwean stand-in skipper Brendan Taylor on Saturday rued dropping the catch of Suresh Raina, as it turned out to be the game changer against India in their last World Cup Pool B game at the Eden Park here. 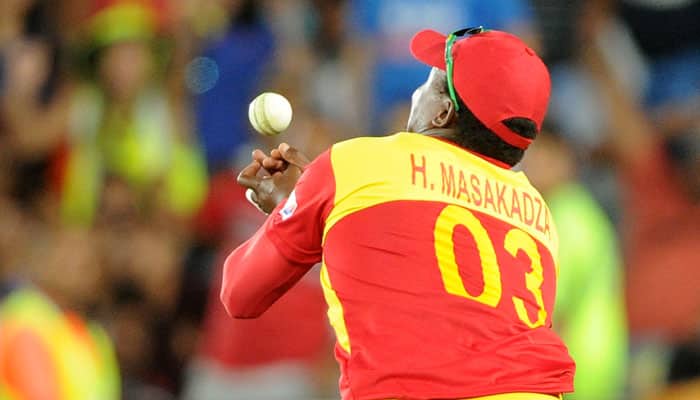 Auckland: Zimbabwean stand-in skipper Brendan Taylor on Saturday rued dropping the catch of Suresh Raina, as it turned out to be the game changer against India in their last World Cup Pool B game at the Eden Park here.

“It was crucial drop catch there,” Taylor said referring to Raina’s catch spilled by Hamilton Masakadza.

Raina was batting on 47 when he was dropped by Masakadza in the last ball of the 34th over of the Indian innings. It was off a Sikandar Raza delivery which the former miscued playing a sweep shot.

The Indian left-hander went on to make a ton (110) and guide India to victory along with the help of skipper Mahendra Singh Dhoni (85 not out off 76 deliveries).

The 29-year-old said the platform was set to post a total in excess of 300 runs but added he was happy with the score after 50 overs.

Taylor, for whom it was the last match in Zimbabwean colours, said it is special to get two consecutive hundreds and added it was a journey that he had thoroughly enjoyed.

“Always special to get two back to back hundreds in the World Cup. It would have been much sweeter if we would have gone over the line but it’s been a joyful ride, one which I’ve thoroughly enjoyed,” concluded the veteran batsman who has signed a three-year deal with English county club Nottinghamshire.

Badi Bahas: Why question on ‘CBI probe’ in Sushant case?

The story of the queen of the jungle, the protector of lions

Shocking visuals from Jammu after heavy rainfall hit the area

Special Report: Biggest disclosure of China's attempt to suppress the truth of Galwan

A unique tribute, the mannequin of the wife in her dream house