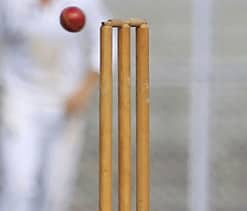 Manama: The Emirates Cricket Board and Abu Dhabi Cricket Club has reportedly warned cricket lovers in UAE to stay away from the Indian Premier League (IPL) venues if they do not have any tickets.

The organisers are certain that all the tickets for the IPL matches will be sold out before the first match gets under way at the Shaikh Zayed Stadium between defending champions Mumbai Indians and Kolkata Knight Riders on April 16.

According to Gulf News, David East, CEO of the Emirates Cricket Board and the ADCC, said that the tickets for the first two matches at Abu Dhabi are sold out, adding that he is confident that the tickets at the other two venues - Dubai and Sharjah will sell out soon as the demand is very high.

East further said that anyone trying to use a counterfeit ticket to enter the stadiums will be instantly found out as all the tickets are barcoded, adding that there will also be a security cordon around the ground to prevent people without tickets from coming in anywhere close to the stadium in terms of a single event.

The report mentioned that a hospitality enclosure with a capacity of around 450 people has already been erected and several merchandise outlets will be built soon, adding that in all the stands, there will be fan areas and the spectators will be given hats, flags, T-shirts and other accessories.