The Supreme Court on Tuesday hinted that a high-powered committee could be set up to decide on the punishment for those who breached the IPL code of conduct, including Gurunath Meiyappan, the son-in-law of BCCI President-in-exile N Srinivasan. 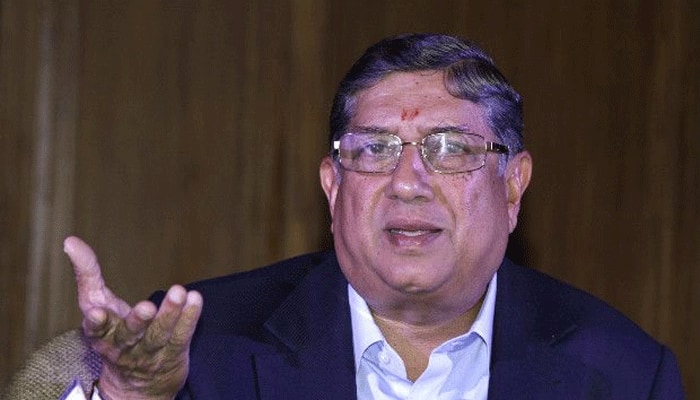 New Delhi: The Supreme Court on Tuesday hinted that a high-powered committee could be set up to decide on the punishment for those who breached the IPL code of conduct, including Gurunath Meiyappan, the son-in-law of BCCI President-in-exile N Srinivasan.

The committee, that could include retired judges, will also look into whether Srinivasan's role in the alleged betting and spot-fixing scam in IPL 6 and if the role of the two requires punishment and the quantum.

The court also suggested various options including whether Srinivasan wanted to remain in BCCI or retain his team CSK in the IPL. Whether the committee should be external or should be a in-house committee of BCCI, the apex court observed.

The court said maintaining the "purity" of cricket was utmost important for it and hinted at setting up a high-powered committee to suggest measures for cleansing the game and ascertain if there was conflict of interest involving Srinivasan.

"That committeee has to be a high-powered committee and that committee will also look into the conflict of interest and its findings will be binding on BCCI," a bench of justices T S Thakur and F M I Kalifulla observed while hinting that the committee would consist of retired judges.

The bench said somebody has to take a call on the punishment on the basis of the Mudgal Committee report but the question is who should be given the task.

"We are not very keen to decide on punishment. We want the system to be more effective," the bench said adding "action has to follow immediately".

Though Justice Mudgal committee has not found anything regarding the "cover-up" by Srinivasan for alleged involvement of his son-in-law Gurunath Meiyappan in betting and spot-fixing scandal, the bench said the high powered committee would have to examine various angles and the issue of conflict of interest would be one.

The bench said the committee would examine and analyse the aspect of quantum of punishment likely to be inflicted upon persons found guilty of breaching the code of conduct.

The apex court took exception to Srinivasan attending Tamil Nadu Cricket Association's meeting in November after he had voluntarily stepped aside as cricket administrator, forcing him to admit that it was mistake on his part.

The apex court said the most important thing for them was

to ensure that there should be a purity of game and to look into the remedial aspect from the committee.

"BCCI creates in minds an illusion that the game is fair but the entire nation feels cheated. Is there any remedy as otherwise what will happen to the nation?" it said.

While senior advocate Kapil Sibal, appearing for Srinivasan, assured that Srinavasan would keep away from the day-to-day administration of the game on being elected after the upcoming election, the counsel for Cricket Association of Bihar Nalini Chidambraram submitted he should not be allowed to contest at all.

However, the bench said since Justice Mudgal Committee has not found anything against Srinivasan and wondered if it would be proper to keep him away from contesting election.

"In this background, is Srinivasan not eligible to contest election? On what juristic principle can we stop him at this stage?" the bench observed adding that addressing the issue of election at this stage would mean that there is an issue of disqualifying him from contesting the election.

Referring to the issue of conflict of interest, the bench said the high-powered committee can say it can be a basis for disqualification in future.

The bench disagreed with Chidambaram's submission that BCCI's administration was being run illegally as the term of office-bearers has ended in September and they are unauthorisedly running the affairs of BCCI as date of election has passed.