Kings XI Punjab batsman David Miller on Friday expressed shock and sadness over the loss of Kolkata constable Alok Aich's right eye after a ball that hit him last Saturday. 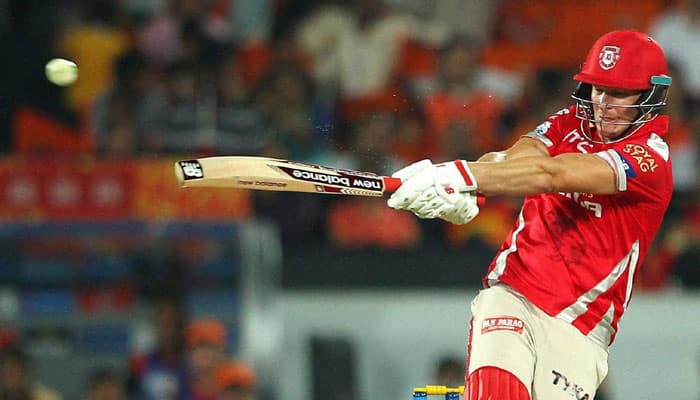 He stated that he is still in a state of shock and is deeply saddened to hear about the loss of Mr Aich's eye. He added that his prayers are with him.

I am still in a state of shock and deeply saddened to hear about the loss of Mr Aich's eye. A freak accident! My prayers are with u.

According to reports, a Kolkata Police constable, Alok Aich was hit by a ball last Saturday and lost his right eye in the accident. David Miller's shot, saw the ball clear the ropes as it hit Aich, who was on duty at the ‘G’ block of the stadium.

David Miller scored a fiery 11-ball 27 runs against KKR. His innings though did not help the side in winning the match but it marred the constable, who is a driver of the deputy commissioner of 5th battalion of Kolkata Police Debasish Sarkar.

The 53-year-old was immediately rushed to the Cricket Association of Bengal’s (CAB) medical centre and was later shifted to a hospital at Alipore.

This is the second major accident reported in recent times from Kolkata related to the sport after earlier a 20-year-old cricketer named Ankit Keshari died in an on-field collision playing a division match. Keshri had collided with his team-mate Sourabh Mondal while attempting a catch and had been rushed to the hospital after he stopped breathing briefly.

Though his condition improved, he eventually died of a cardiac arrest.

IPL 2015: Sunrisers Hyderabad vs Royal Challengers Bangalore - Players to watch out for