The initial discussions about the appointment of next India coach, CSK's low de-merger valuation of Rs 5 lakh and Neeraj Kumar's appointment as the ACU's chief consultant are some of the key issues that will be discussed during BCCI's working committee meeting, here on Sunday. 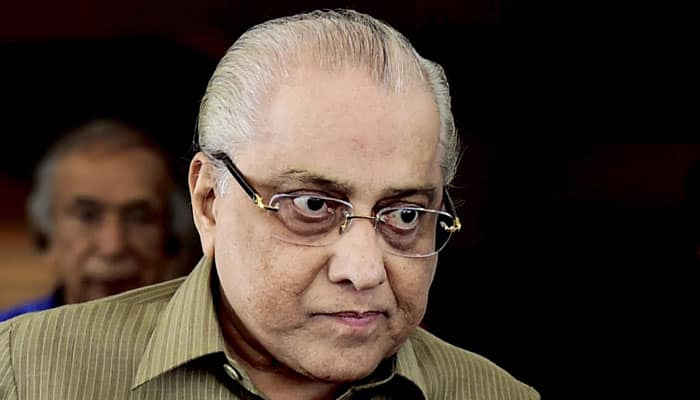 Kolkata: The initial discussions about the appointment of next India coach, CSK's low de-merger valuation of Rs 5 lakh and Neeraj Kumar's appointment as the ACU's chief consultant are some of the key issues that will be discussed during BCCI's working committee meeting, here on Sunday.

It will be Jagmohan Dalmiya's first big meeting after taking over as the BCCI president, along with newly elected secretary Anurag Thakur.

While the chief coach's name might not be finalised, the process of appointment, terms and conditions might be discussed at the meeting. Sourav Ganguly and Ravi Shastri's names are doing rounds for the position of Team Director. The assistant coaches Sanjay Bangar, Bharath Arun and R Sridhar are set to be retained.

The bilateral FTPs will also be discussed with the all-powerful committee likely to clear two short away tours to Bangladesh and Zimbabwe.

However, the issue that could be deliberated at length is the amount of Rs 5 lakh that was recorded as the valuation of de-merger of Chennai Super Kings from its parent company India Cements. The issue has caused quite a stir at the recently-concluded IPL Governing Council meeting in New Delhi and the topic is sure to come up for discussion.

"There are lot of grey areas in the valuation of CSK. The matter will certainly come up for discussion at the Working Committee meeting in Kolkata on April 26. We will get clearer picture about it after the WC meeting," an IPL governing council member had told PTI after the meeting.

It is learnt that Chennai Super Kings Private Limited, after its de-merger from its parent company India Cements, have been valued at Rs 5 lakh as per documents that were handed over to IPL Governing Council.

Subsequently, IPL COO Sundar Raman was asked a few questions by some of the GC members about the "weird valuation" of the de-merger, as they were paying an annual franchise fee of Rs 40 crore and also spent annually around Rs 60 plus crore as players' remuneration.

The other question that was raised at the IPL Governing Council meeting was Rs 25,000 being paid upfront to the BCCI for the sale of the franchise.

The appointment of former Delhi Police Commissioner Kumar as chief consultant of Anti Corruption Unit (ACU) along with Madhusudan Sharma as his assistant will also be ratified at the meeting.