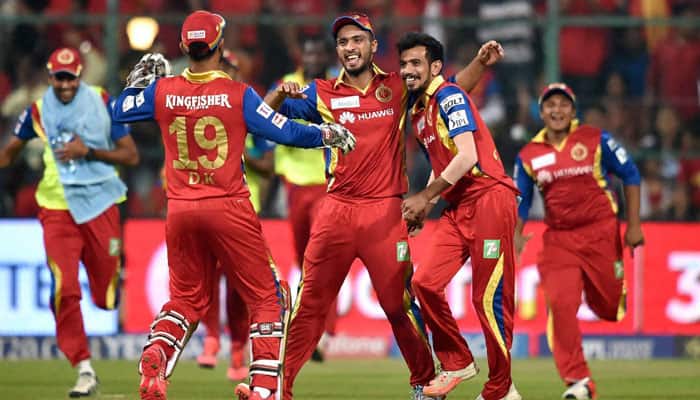 In a rain-hit tie reduced to 10-overs-per side, KKR scored 111 for 4 courtesy Andre Russell's 17-ball-45 but it was Mandeep's exhilarating effort that saw ViratKohli's boys romp home with two balls to spare.

Mandeep's knock had four boundaries and three sixes with the last two maximums coming off successive deliveries from Andre Russell's last over where RCB required 13 runs. 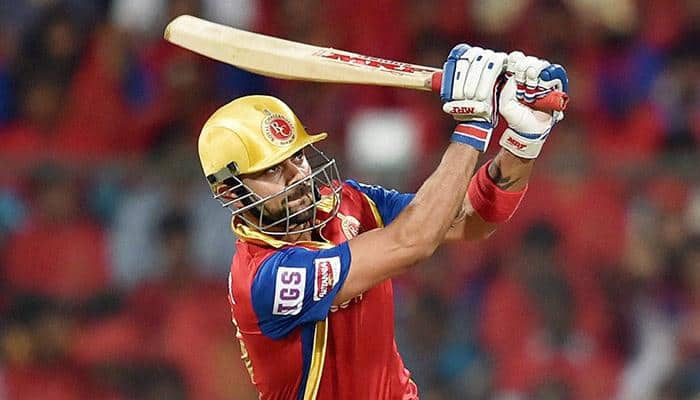 With 9 required off last four balls, Mandeep first made room to slash Russell for a six over point and then pulled over deep fine leg to finish off the match in style.

It was the fifth and sixth deliveries off the penultimate over bowled by Umesh Yadav that turned the match head on. Mandeep played a delicate lap shot over short fine leg off the fifth delivery of 9th over while the next went for boundary through vacant third man region.

The win took RCB to nine points and fourth spot removing Delhi Daredevils. It also kept them in the hunt for play-offs.

Earlier, it was another cracker of a knock from Andre Russell that enabled the Knights to post a more than competitive total as launched a furious assault on bowlers.

Once Gautam Gambhir (12) was out trying to clear mandeep Singh at point off David Wiese, it was smart move by the team think-tank to promote Russell up the order.

Gambhir and Robin Uthappa got their team to a brisk start adding 33 for the first wicket and that precisely was the platform that Russell needed.

The Jamaican all-rounder, who has had a good tournament so far picked up the profligate Varun Aaron for some special treatment as he hit him for two sixes and a four in one of his over. The first six was over deep mid-wicket and the second was straight into the sightscreen.

The next over bowled by leg-break bowler Yuzvendra Chahal saw him hitting two boundaries but the shot of the innings certainly was the square cut that bisected the point and cover fielder with precision.

Along with Uthappa, Russell whacked the RCB bowlers for 38 runs in only three overs before Uthappa was holed out by Karthik off Chahal's bowling.

When Russell hit Wiese for his third six, it seemed that he could break Harbhajan Singh's record for the season of fastest 50 (off 19 balls) as he had reached 45 off 17 balls. However, a smart pick and throw from Dinesh Karthik saw him short of crease.

By then, Russell had done enough to prop up KKR's score and the likes of Ryan ten Doeschate and Yusuf Pathan also had their share of a six each to take KKR to a respectable 111 for four.