Hosts Kolkata Knight Riders will face last placed Kings XI Punjab in Match 44 of the Indian Premier League T20. KKR have won six games from eleven matches and are looking for a home win to consolidate on a top four finish. 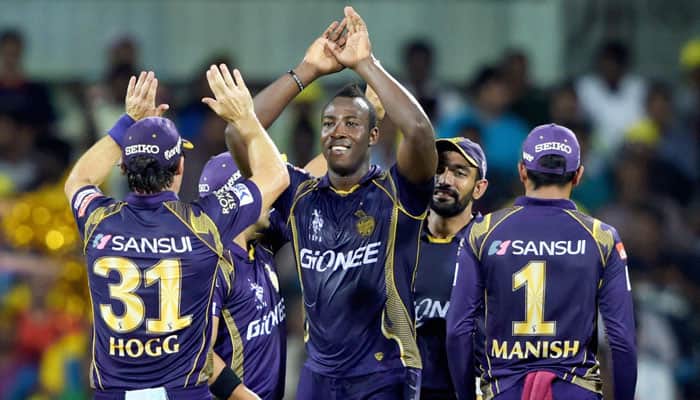 New Delhi: Hosts Kolkata Knight Riders will face last placed Kings XI Punjab in Match 44 of the Indian Premier League T20. KKR have won six games from eleven matches and are looking for a home win to consolidate on a top four finish.

Meanwhile, KXIP have been dismal so far in all departments so far winning just two and losing eight games with having played one game less than their rivals.

KXIP come from a terrible display against the Royal Challengers Bangalore where they lost the game by 138 runs. KKR come to this game after beating Delhi Daredevils at home.

A win for George Bailey's side will help them salvage some pride after series of losses down the road. For Gautam Gambhir, picking up the two points will be crucial as they could go atop in the table even though for a while and keep themselves in the hunt for a top two place. KKR will be hoping to make the home game conditions work in their favour.

The last time KXIP and KKR met in April 2015, the latter won the match quite comfortable in the end. Andre Russell starred for KKR in that victory.

As two IPL sides clash looking to gain very different interests, we highlight a key player from each side who could help his side emerge victorious at the Eden Gardens, Kolkata.

The West Indian has been KKR's main man so far chipping in with both bat and ball. Even in the field he has been lively. Russell has taken ten wickets so far and has bowled well. He has also scored 236 runs. The West Indies all-rounder will be the key again down the order. He has all the abilities to win the game on his own and has been instrumental against most sides so far. Even in the last match against DD he bowled well to help KKR put defend their score.

The Aussie international has been in desperate need of a win and some form for himslef too. Nothing has gone well for KXIP and George Bailey needs to lead the line against KKR to show he is their main man. Bailey has been hit by his side's poor performance where all stars have failed to contribute. Bailey has scored 228 runs so far and has two fifties to his name. He will be crucial again in the middle order. His approach against the KKR spinners will be the key. Bailey has four matches in order to get some consolation.