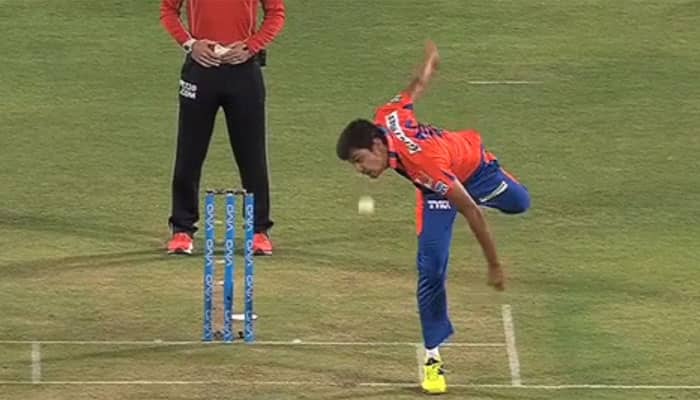 New Delhi: Gujarat Lions spinner Shivil Kaushik made heads turn in his debut match thanks to his unorthodox bowling action.

Adams too was pleasantly surprised when this was brought to his notice on social micro-blogging site Twitter.

Though Shivil failed to make an impact in his first match, his unique bowling action did command a fair bit of attention.

The 20-year-old's cricketing potential was first spotted during the Karnataka Premier League, where he represents the Hubli Tigers.

He was bought at his base price of INR 10 lakhs by Gujarat Lions at the 2016 IPL auction.

At the moment Kaushik does not have a domestic team contract. This however is likely to change after the IPL season.

Interestingly, he does not know which way the ball will turn when it leaves his hand. "He's a back-of-the-hand bowler. He himself confesses that he doesn't know which one will turn which way," Hubli's coach Anutosh Poll was quoted as saying by ESPNCricinfo.

Apart from cricket, basketball and hockey were Kaushik's other favorites sports at school.