After losing by two runs in the first leg two days ago, Kolkata Knight Riders were determined to bring out their best game and avenge the loss, opener Robin Uthappa said after scripting a seven-wicket win in the return leg fixture of the IPL T20 cricket tournament here. 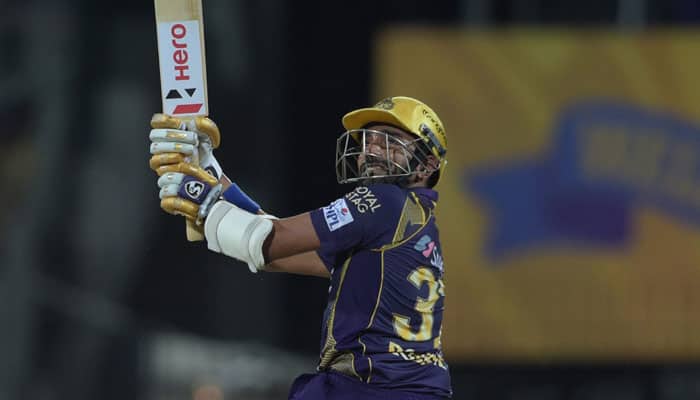 Kolkata: After losing by two runs in the first leg two days ago, Kolkata Knight Riders were determined to bring out their best game and avenge the loss, opener Robin Uthappa said after scripting a seven-wicket win in the return leg fixture of the IPL T20 cricket tournament here.

Uthappa, who anchored KKR's 166 chase with his unbeaten 80 from 58 balls, said he was hurt after not being able to finish the job in Chennai.

"In the last game, I felt responsible for letting the team down. We had such a good start and needed less than five runs an over. I just needed to stay there and rotate the strike. I was really hurt," Uthappa told a post-match news conference at Eden Gardens.

"We were extremely disappointed as a unit in Chennai, we could not capitalise on the good start and that hurt us.

"I just decided to hold one end and (Andre) Russell came in and wielded the bat like a magician. We're glad to bounce back," he said giving credit to his Windies partner for his unbeaten 55 from 32 as they stitched together unbroken 112-run to seal the chase."

He further said it was a blessing in disguise to take on the same team in back-to-back matches within a gap of two days.

"In a way, it was beneficial that we had the same team on the bounce against the same team in a couple of days. We're extremely motivated and wanted to get the job done."

He also credited their bowlers who were led by a stupendous 4/29 by chinaman bowler Brad Hogg to restrict CSK to 165/9 after a flying start.

"After the start they had, our bowlers did an exceptional job, we fielded well and contained them really well. We soaked up the pressure and played to our potential. It was extremely satisfying as a team."

Uthappa, who was last season's top run getter in their winning IPL triumph, hit his first half-century this season.

"We had a week before this started. I did not have any practice game. It took a few games to get off the blocks. You have to make minor changes to suit to the format. It took a little time. I was not converting my starts but in every game I was getting better and that gave me a lot of confidence."

We were confident of chasing down the Chennai total: Gautam Gambhir